343 Industries announced on Twitter that Halo Infinite gone gold, which means that the December 8 release date is pretty much confirmed and secure. That's also when the single-player campaign will launch. It was separated so that the online mode could appear earlier.

The latter, in the form of an open beta, has been available for several days and can boast a gigantic success. On Steam, at the hottest moment, it was played by over 272 thousand people. The result would be even more impressive if we also took into account the console players and people who use the Microsoft Store to play Halo Infinite on PC, but we don't have data for those platforms.

343 Industries has also announced the times we'll be able to play Halo Infinite's campaign in different parts of the world. The gates to the game in the US will open at 10:00 AM PT/ 1:00 PM EST on December 8, 2021. 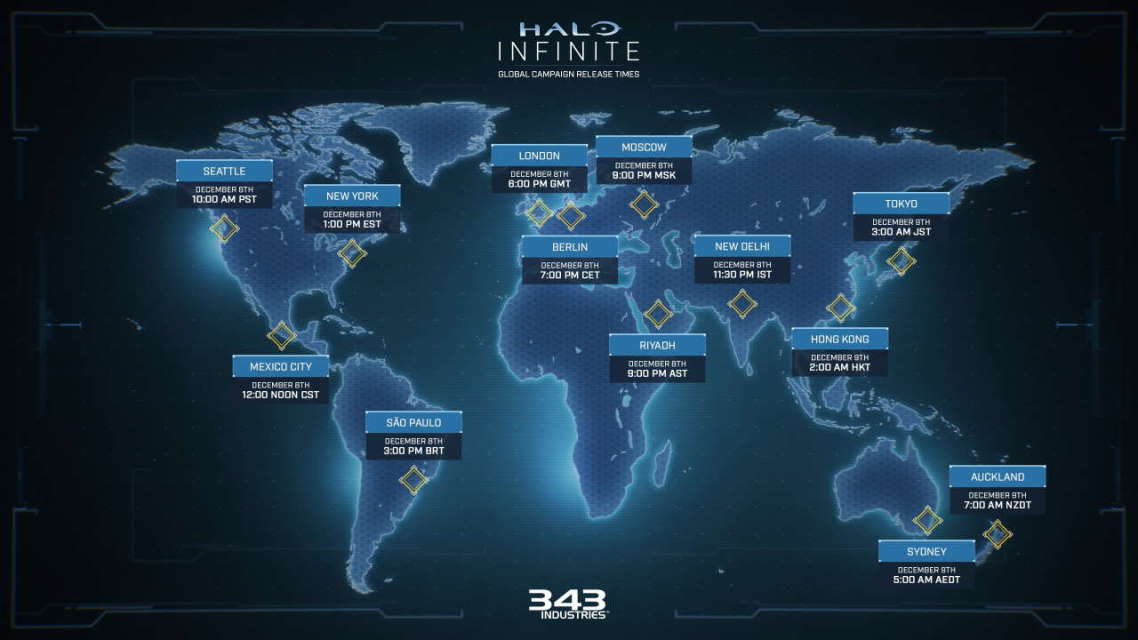 The option to play the campaign in co-op has been delayed and will not be available until next fall at the earliest.. The Forge mode has also been delayed. Originally it was to appear in the third season of the game, at the end of 2022. 343 Industries, however, decided to extend the seasons from three to six months, meaning this module will probably appear only in 2023.

Insider Reveals Why Star Wars Battlefront 3 Won't be Made