This year's X019 is not only the announcement of new games, but also a variety of smaller reveals. Below we write about the release dates of the remastered version of Halo: Reach on PC as part of the Halo: The Master Chief Collection and the multiplayer action game Bleeding Edge, the upcoming update to Sea of Thieves and the first gameplay from CrossFire X. 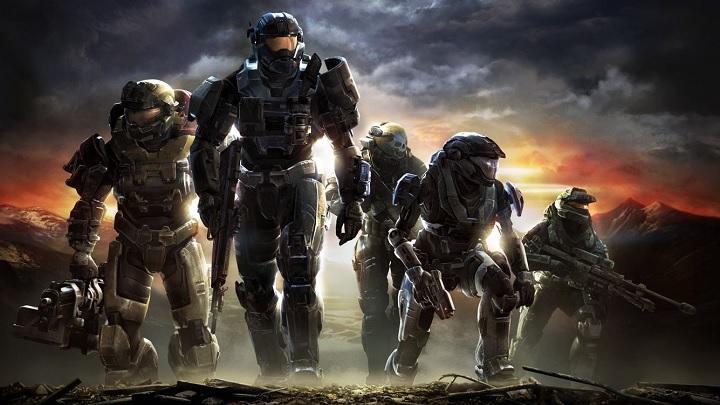 In Halo: Reach will launch on PC at the beginning of December.

Halo: Reach is the first element of the Halo: The Master Chief Collection compilation to be released on PC. The game will launch on December 3, and today it will be available for pre-order on Steam and Microsoft Store or for pre-installation as part of Xbox Game Pass. The title costs USD 9.99, but those willing to do so can pay "in advance" for the whole set, which will cost them USD 39.99. It is worth remembering, however, that the remaining games included in this set will be released on PC in the near future. As for the Xbox One version, Microsoft console owners get an "updated" edition of the compilation (available from 2014) at the same cost.

At this year's E3 fair we learned that the first production from Ninja Theory after moving under the wings of Microsoft will be the multiplayer-focused action game called Bleeding Edge. Today, however, the game's release date on March 24, 2020 has been revealed. In addition, the publisher has announced that people who place a preorder and Xbox Game Pass subscribers will have access to two stages of closed beta-tests (their start dates are February 14 and March 13, 2020); the former will be accompanied by a package of cosmetic extras called Punk Pack. In the meantime, it is worth mentioning that Bleeding Edge is coming to PC and Xbox One, and will be a part of the Xbox Game Pass service from the day of launch.

Today's X019 event was also attended by the shooter CrossFire X, the result of cooperation between Smilegate and Remedy Entertainment. Players can take a look at behind the scenes of the production, as well as watch the first gameplay. The title is to be released on the Xbox One console in 2020 (the PC version is also probable, although it will most likely debut a little later), and in addition to the extensive multiplayer mode, we will find a full-fledged story campaign.

The Seabound Soul - new update for Sea of Thieves

Although Rare is working on a completely new production, the tean doesn't forget about their previous work, the multiplayer game Sea of Thieves. On November 20, the title will receive a free update entitled The Seabound Soul, which will introduce a new story quest line. It will allow players to join Captain Pendragon in exploring the mystery of the haunted ship and deal with the impending threat. In addition, the creators will provide us with incendiary projectiles that will sowi panic among the sailors serving on enemy ships.