The latest Hitman game is the first one in the franchise to be released in episodes, digitally. Fortunately to fans of the traditional form of distribution, the title will also be available in a boxed version. After having postponed that edition until the completion of the first season, the devs didnt divulge much about it  until now. Square Enix have just announced that Hitman: The Complete First Season is going to hit the shelves on January 31, 2017. It will be priced at $49.99 on PC and $59.99 on consoles (PlayStation 4 and Xbox One). 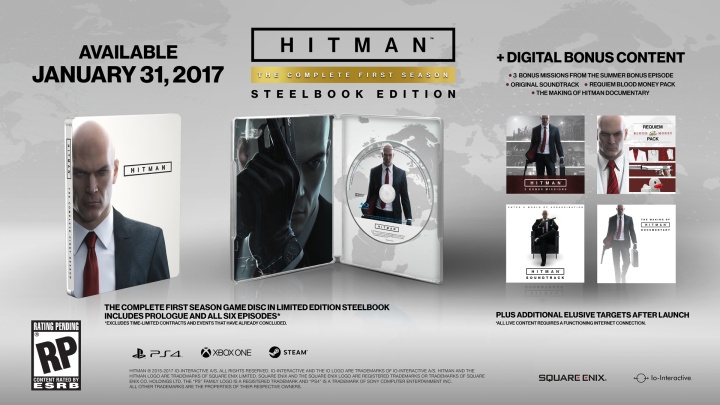 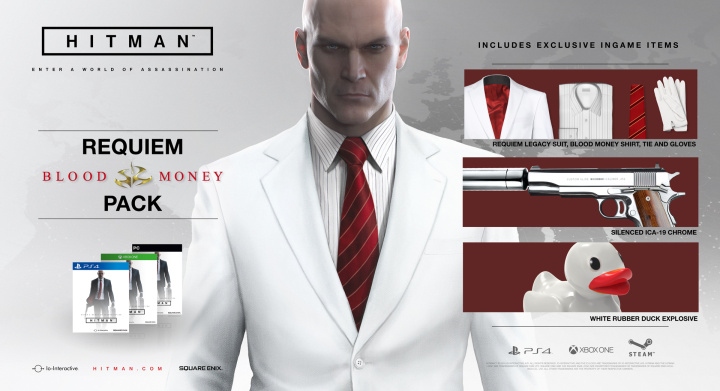 Hitman: The Complete First Season will contain  surprise, surprise  all the episodes of the frist season. That includes the prologue and the six cities: Paris, Marrakech, Sapienza, Bangkok, a city in the USA and one in Japan, as well as all the contracts released in the meantime. On top of that, the boxed version will feature 3 bonus missions (plus 6 more on PS4  The Sarajevo Six), a skin pack, original soundtrack, and other digital goodies.

So far Hitman has received four out of six season one episodes, the most recent one being set in Bangkok.