In the article published in the latest issue of Game Informer, Guerrilla Games revealed some details about Horizon: Forbidden West. The magizine also published new, impressive screenshots from the game, showing new locations and mechanical beasts.

The screenshots mainly show the new area called Daunt. It will be a canyon at the eastern end of Sundom and the last stop before heading to the eponymous Forbidden West. The settlement is to serve as a starting area, enabling the players to familiarize themselves with the new gameplay mechanics. 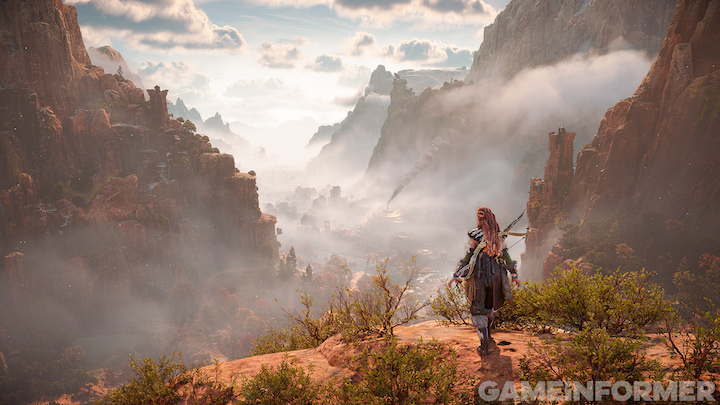 The screenshots also take us to lively places visited by NPCs. We're talking about a market full of stalls and a tavern. The scenes bring life to this post-apocalyptic, mechanical world. 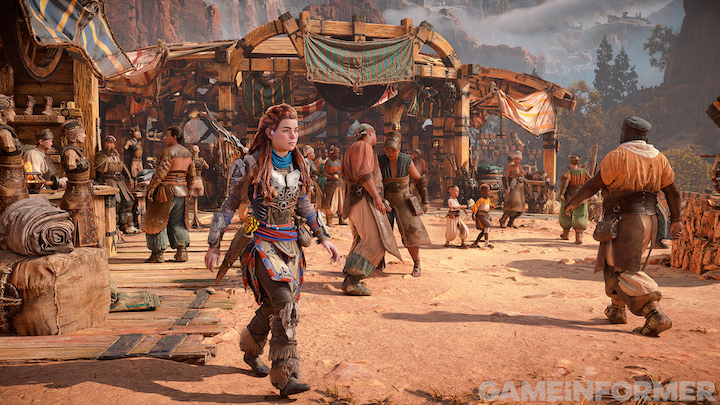 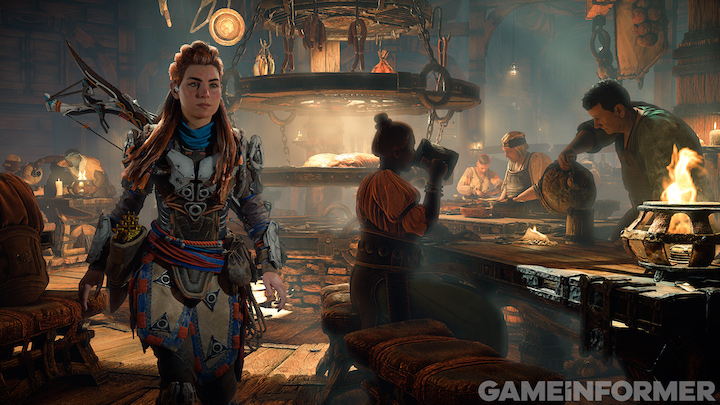 The creators also showed a new machine. It will be the successor of the Detector, known to all fans of the previous part. The Burrower, as it is called, is a reconnaissance machine similar to an otter or a weasel, which "can tunnel underground and surface unexpectedly. When the unit senses danger, it will emit a high-pitched sound that draws allies and stuns enemies." According to the game's director, the Burrower will be a nimble, fast and ferocious machine. 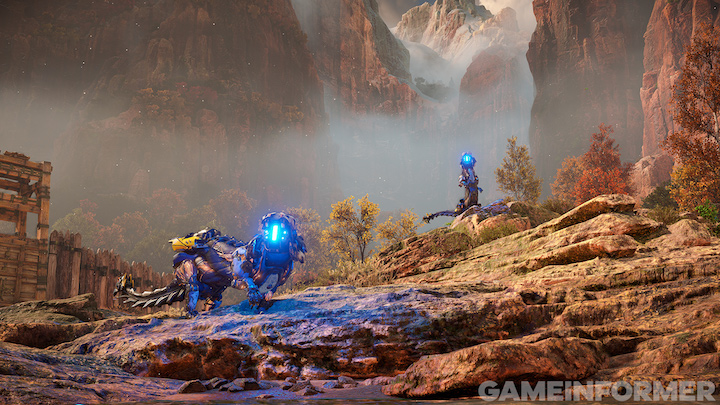 The release of Horizon: Forbidden West is scheduled for February 18, 2022. Views such as those presented on the latest screenshots, only increase our appetite.

Games With Gold for January 2022; Weak Start of a New Year

Pharaoh Now and Then; Visual Comparison With the Upcoming Remaster

Intel Apologizes to China for Wanting to Stop Cooperation With Xinjiang