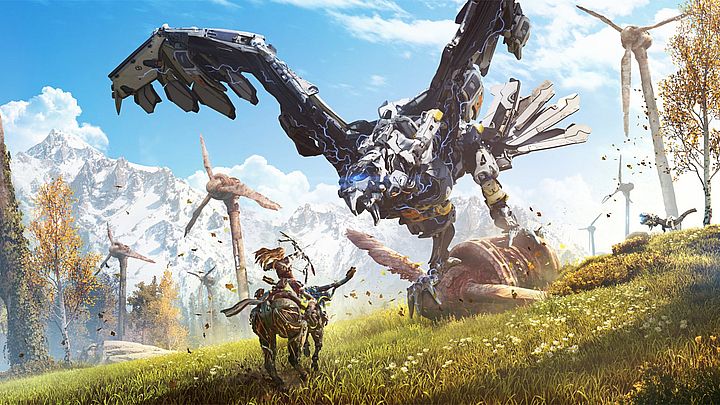 PC will get beautiful graphics, more fps, but no FOV adjustment.

The fact that Horizon: Zero Dawn will appear on PCs has been speculated about for a long time. Last week the information was officially confirmed. We also know that the title will hit PCs this summer. And as is usually the case, one of the most important issues related to the port are the settings that we will be able to adjust during the game.

As it turns out, Pc owners will be unable to adjust their field of vision. The information was provided by one of the developers in response to a question from a user of Steam forum. The dev ensures that the team has added some necessary options to tune the game to the needs of the players, but changing FOV could interfere too much with the gameplay experience and visual style of the production:

"We will add several ways to customize your settings for Horizon Zero Dawn for PC. However, we feel that changing the FOV compromises the original Horizon Zero Dawn experience and visual style too much, so you will not be able to change this."

A few days ago, the same developer confirmed that the game will support ultra-wide monitors. Although wide screen and field of view are not directly dependent on each other, let's face it - the possibility of adjusting them would be advisable, especially with such a graphically impressive title.

Horizon: Zero Dawn was originally released on February 28, 2017 exclusively on PlayStation 4. As expected, not all gamers liked the idea of porting the game to PC. PlayStation "fanboys" are demanding that the title remains an exclusive asset to Sony's console. Even one of the developers reacted to the players' smack talk. Well, the launch of next-gen is not that far away, so let's get ready for more episodes of "console wars".

Echo Will be Overwatch's Next Playable Character