Bio Prototype is a game that brings to mind Vampire Survivors. This means that we take on the role of a character who runs around the map and fights against successive waves of enemies. We have no direct control over our character's blows, however, we can design the interaction chains between them ourselves so that they are deadly effective. In this article, we will show you how to create the best builds in Bio Prototype.

Remember that the information provided here is based on the early access version of the game, so it may become outdated in the future.

What to keep in mind when creating builds in Bio Prototype

What to choose in the Culture tab

How to Create the Best Builds in Bio Prototype 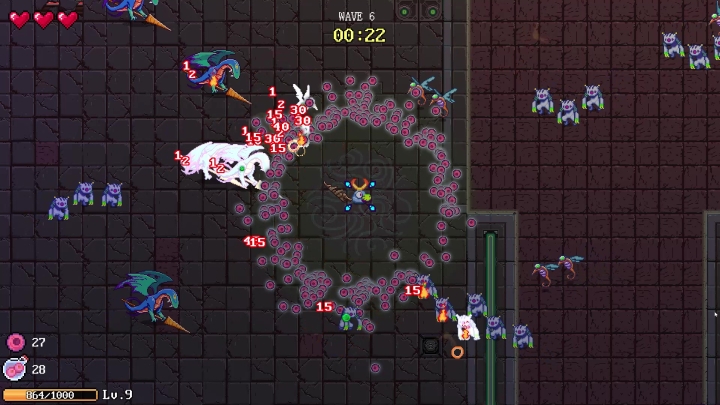 AOE effects are invaluable against hordes of enemies. Combine Poison bag of the Wyvern / Belly of the fire lizard and Intestine of the Monolith with your brain. You will then see circles forming beneath you. Any opponent who enters them will receive damage. If you create the right connection with high-quality components, you will hardly have to move from your position. This is definitely a powerful combination.

Obviously, the better the Efficiency, the more powerful attacks your character can inflict. However, waiting time is also important. A powerful attack that does not attack quickly enough will lead to your death. It is a good idea to use rapid-fire projectiles and combine other effects with them based on hitting or killing your opponent.

For example, combining an organ that will fire frequently and Belly of the Fire Lizard with Nerve of the Boxer will make your projectiles blazing and deal constant damage to enemies. The downside of this is that Nerve of the Boxer has a low Efficiency, so you cannot count on high damage. It is therefore worth having a quality organ for this.

This mechanic can be very useful when combined with AOE effects. If you can create a combination that allows you to produce these creatures quickly and have the right AOE effects, you will be able to create a fortress. You can read more about it here: Offspring in Bio Prototype Explained; Everything You Need to Know.

How to Start the Final Quest in Awakening Update for Astroneer