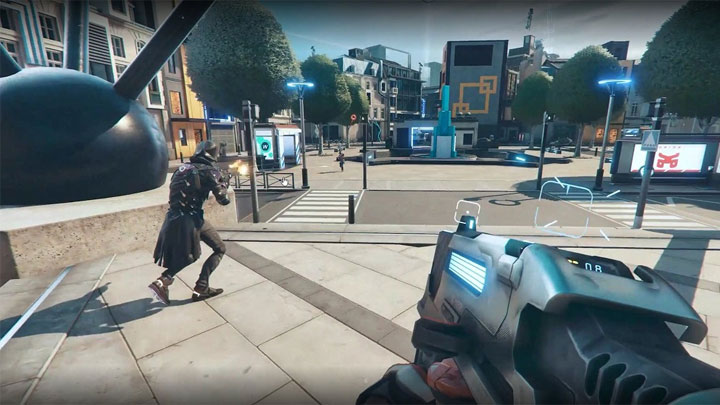 Ubisoft is preparing a contender for the throne of battle royale.

Ubisoft is about to announce an online FPS battle royale titled Hyper Scape. The first information about the project appeared yesterday with the launch of the Prisma Dimension website, which was to prepare the ground for the game's announcement. Now the esports specialist Rod Breslau revealed more information about the game and showed the first screenshot.

The game's closed beta will start next week and open tests are scheduled to begin on July 12. Hyper Scape is to use the freemium model. The title is being developed by Ubisoft Montreal, the studio known from Tom Clancy's Rainbow Six: Siege, among others.

The game will initially be available only on PC, but there are also plans for console versions to be released later this year. The project will offer a cross-play option, enabling owners of various platforms to have fun together.

The action of Hyper Scape is to take place in a futuristic, virtual world. The game will offer deep integration with Twitch. Users following the games will be able to influence the course of the game by spawning objects on the map, such as first aid kits, spheres with reduced gravity or items that boost movement speed of characters.

Watching the streams of our matches will also speed up our hero's progression. Moreover, streamers are to receive a part of the money spent by viewers on microtransactions.

Ubisoft is preparing a large-scale advertasing campaign, modelled on those conducted at the launch of Apex Legends and Valorant. The company has invited several hundred streamers and youtubers to play Hyper Scape's beta. We should see the video material next week.

WoW Classic - Gates of Ahn'Qiraj Will Open in July