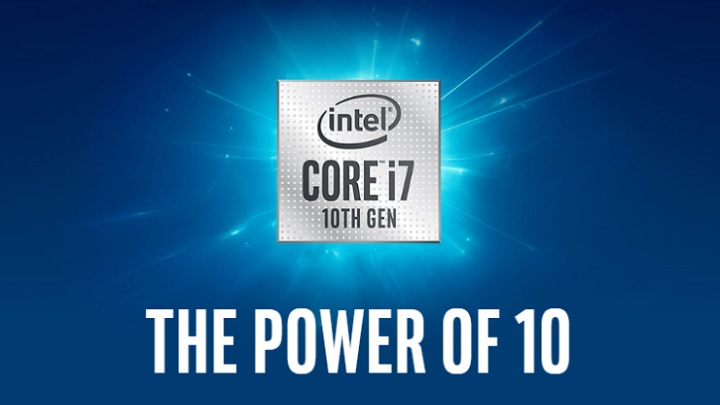 It seems that the full specification of the tenth generation Intel processors, codenamed Comet Lake has leaked into the web. As suggested by reports, it is to be another refreshed version of Skylake architecture, present on the market since 2015. As many as 13 new chipset models are to be launched.

New leaks appeared on the Computerbase website, which refers to a source from one of Chinese tech forums. As the new designs will continue to be based on the Skylake architecture, we should not expect major changes. However, the manufacturing process is likely to be improved, now marked as 14 nm +++, so there is one plus to the Coffee Lake generation.

However, let's take a closer look at the published list of processors. The most powerful models will once again be Core i9 and this time they will have 10 cores and support 20 threads. Core i9 series CPU prices will range from $409 to $499. The lower price limit seems to be set quite low, but you can think that this is the answer to the price of the 12-core Ryzen 9 3900X, which can be purchased for about $480.

Next on the list were two Core i7 chipsets equipped with 8 cores supporting 16 threads priced at $339 and $389. The Core i5 family consists of 4 processors, each of which will have 6 cores on board and support 12 threads. Their prices will range from $179 to $269. At the end of the list there were four Core i3 chips with 4 cores and 8 threads, which were priced at 129 to 179 dollars.

Intel's doing the best it can.

As you can see, the Core i9 family of processors will be available for almost 20% cheaper than before. The tenth generation Core i7, Core i5 and Core i7 chips fall into similar price ranges as their previous incarnations. The same applies to Core i3 chipsets, which, however, are to gain some power - their parameters are to be similar to the top Intel models from 3-4 generations ago.

The most powerful CPU in the offer will be the Intel Core i9-10900KF, which will compete with the Ryzen 9 3900X in terms of performance and price. The base clock of the chipset will be 3.4 GHz, while in boost mode it will increase to 5.2 GHz on a single core. This model will be equipped with 20 MB of cache memory, and the announced TDP is 105 W. As for the number of cores, Intel is still a bit behind, but in recent comparisons, this may be enough to increase its advantage in low-thread applications and gaming.

The most powerful eight-core chipset will be Core i7-10700K, which will have a base clock of 3.6 GHz and will increase to 5.1 GHz in boost mode. The chip will be equipped with 16 MB of cache memory and its TDP is 95 W. It may turn out that also Ryzen 3700X won't have it easy.

As can be seen from the table below, all processors, except for the two Core i9 family chips, will be equipped with integrated GPU. The new processors are also designed to natively support DDR4-3200 memory.

In the table, apart from the number of cores, threads, cache or TDP, there is also information suggesting that a new socket is provided for the new generation of processors. This will be LGA 1159, so most likely the new chipsets will not be mounted on LGA 1151 motherboards, so we can also expect Intel to reveal a new chipset. Intel already has the mobile chipsets of the 400 series, so we'll most likely see a motherboard based on the Z490 for desktop PCs.

We still don't know when the new chipsets will enter the market, but we can expect Intel to announce them later this year. The information provided in this article should be treated with a grain of salt as it has not been confirmed by the company.