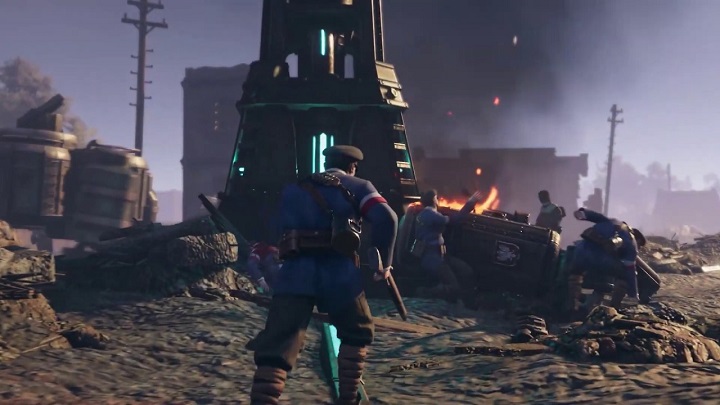 From tomorrow, Iron Harvest will be available for testing as demo.

There are less than three months left until Iron Harvest's release. This is comforting because for a long time the devs have not spoiled us with new game materials and information. This has changed today with the announcement of the release of the demo version during the Summer Game Festival event. It will be available tomorrow on Steam, but will not stay there permanently. We will have until June 22 to check out the online mode or battles against AI.

In addition, KING Art Games presented the content of a limited edition of Iron Harvest. Apart from the game on DVD, the set includes a steelbook, a CD with the game's soundtrack, an artbook, a double-sided poster, and a figure of a soldier in mechanized armor called PKP 17 "Eisenhans". All this you can see on the video published by the devs, posted below. The set will be available in selected stores (including Amazon) on the release day of Iron Harvest.

Iron Harvest will launch on September 1 on PC. The game is now available for pre-order on Steam, Epic Game Store and GOG.com. In the meantime, we can check out the latest gameplay, released by the developers as part of the 2019 summary.