Nothing is as delightful (and frightening) to the players as a possible return of an iconic game after years of neglect. It is no different with information about the planned resurrection of the BloodRayne series by Ziggurat Interactive. The company, which recently acquired franchises from the catalogue of no longer existing 3DO, has now done the same with Majesco Entertainment's games. 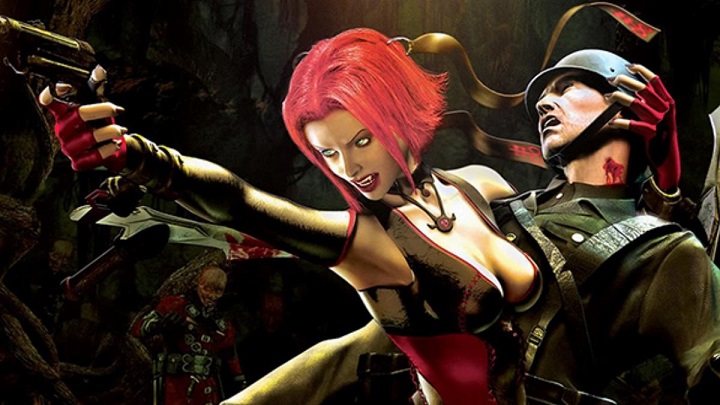 BloodRayne is returning to the world of the living.

We don't know the full list of company's acquisitions, but there are titles like Advent Rising, Raze's Hell and BloodRayne among them. While the future of most of them is still uncertain, we have learned about the fate of the famous female dhampir from a press release (via GamesIndustry.biz). The publisher has already established cooperation with the devs of the franchise from the dissolved Terminal Reality in order to develop the series, and there are plans to overhaul the original PC editions. President Wade Rosen did not fail to mention Zigguart's recognition of the series:

"BloodRayne is a beloved franchise with a huge fan base and we're extremely appreciative of the opportunity to be stewards for this fantastic series. Players the world over fondly remember titles like BloodRayne and Advent Rising and having the opportunity to not only bring these games to a new audience but to expand their universes is something we take seriously." 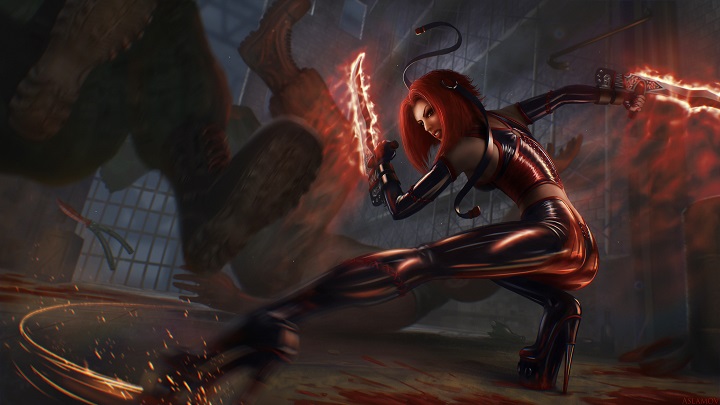 BloodRayne is remembered, despite its shortcomings. (Art by Andy Aslamov, via ArtStation)

Ziggurat Interactive was founded in March, this year with one aim - to remind the new generation of players about forgotten franchises. It is mainly about smaller, but once appreciated games such as Deadly Dozen, Elite Warriors: Vietnam or Super Huey. These certainly include the BloodRayne series, which tells the story of a half-vampire (or dhampir) called Rayne. Neither the first nor the second installment of the series was a masterpiece: the average of reviews for both titles did not exceed 76/100 on either platform (via Metacritic). However, the series impressed many players, partly because of Rayne, who stood out among video game heroines of the time in many ways (including her challenging appearance). The dark atmosphere and gory combat system also played a role in creating the game's status. 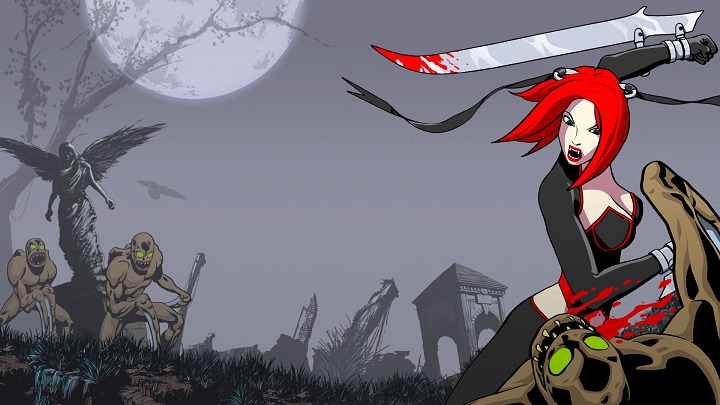 BloodRayne in 2D did not give the franchise a new future.

Unfortunately, the anticipated third installment never saw the light of day. In 2011, a two-dimensional game called BloodRayne: Betrayal was released, but its sales were so poor that work on the fourth installment of the series was "suspended" until further notice. The only consolation was the availability of PC editions of first two games on digital distribution platforms, although the technical quality of these releases - judging by the opinions on Steam - leaves something to be desired. So let's hope that Ziggurat will keep its word and work out the optimization of both titles, and the company will be able to handle the resurrection of BloodRayne better than Uwe Boll with his movie adaptation.