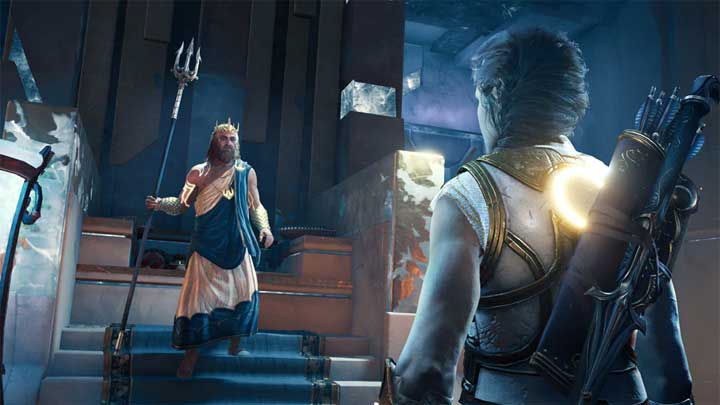 Judgement of Atlantis focuses on the civilization of Isu.

In a few hours we will see Judgment of Atlantis, the third and final episode of the The Fae of Atlantis DLC to Assassin's Creed Odyssey. The episode will debut simultaneously on PC, PlayStation 4 and Xbox One. The Fate of Atlantis is a dependent extpasion, so it requires the basic version of the game to work.

To make the waiting for the episode's launch more pleasant, Ubisoft has released over four minutes of video footage showing the game. We can see here, among others, a city of Isu and new items and abilities that we will gain during the game.

While playing, we will unlock three new skill variants, allowing us to summon a clone performing silent assassinations, speed up adrenaline accumulation and create a field that slows down enemy movements. The episode will also offer three additional weapons and a five-part Dikastes armour.

Assassin's Creed Odyssey debuted on October 5 last year in PC, Xbox One and PlayStation 4 versions. In Japan the project is also available on Nintendo Switch thanks to streaming technology.

The Fate of Atlantis is the last paid expansion Assassin's Creed Odyssey will receive. This does not mean, however, that fans cannot count on new content. There are plans for next free adventures in the series The Lost Tales of Greece. In addition, a mission creator was released last month, allowing players to create their own quests.