You can praise many elements of Cyberpunk 2077, but there is no denying that at launch thee game left much to be desired. When the creators themselves raise alarm, the company is threatened with lawsuit and its CEO apologizes to the players for the less than stellar launch, there is hardly any room for counter-arguments. Of course, the representatives of CD Projekt quickly assured that they are working on improving the game and will remove the most serious defects by the end of February.

However, it is possible that fixing the game will take much longer. This is suggested by a post that's been making rounds on the web, posted by an alleged employee of CD Projekt RED and focusing on the repairing of Cyberpunk 2077. The text has been available for weeks, although not in its original form, as it disappears from the Internet immediately after being posted. Nevertheless, Internet users are constantly passing on the content of the message on the subsequent websites. It also caught the attention of the YouTube channel Open World Games and it is probably because of it that the leak gained more publicity. However, we would like to point out: there is no proof that the original author was actually an employee of CD Projekt RED. Therefore, we recommend that you be careful with the information we briefly discuss below.

Although the greatest interest was aroused by information about cut content and plans to fix the game, one cannot overlook the issue of complains of the alleged dev, permeating the entire text. The author stats that the morale in CD Projekt RED is very low and "big departures" can be expected in the near future. He himself calls it "communication problems" and the lack of clear goals set by project leaders, although he also did not fail to address the issue of cyr content (more on which later on) or even Keanu Reeves (in short: the author liked him as a man, but the original concept for Johnny Silverhand was supposed to be a much bigger "maniac", topping a certain king from the Witcher trilogy). 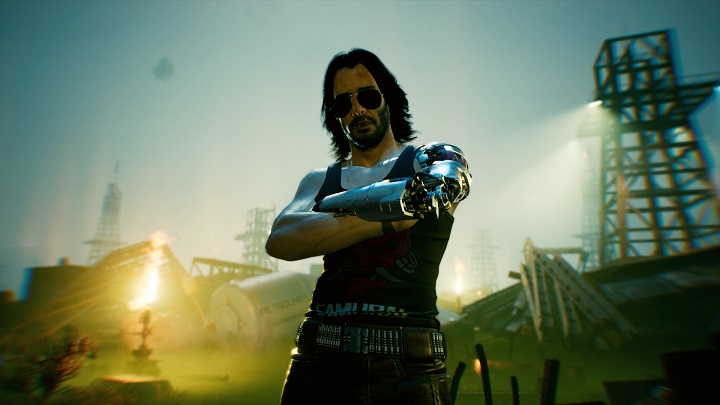 Even Keanu Reeves (though he is a "very nice man") took some flak in the post.

Interestingly, developers are said to consider this problematic launch a good thing. It is supposed to be a proverbial "bucket of cold water" for those who pressed for the launch of Cyberpunk 2077, despite numerous objections raised by the developers.

Cyberpunk 2077 and the consoles

It's no secret that the releases on PlayStation 4 and Xbox One are the main (albeit definitely not the only) reason for the harsh criticism of Cyberpunk 2077. According to the alleged creator, the team was supposed to have rewrittten the entire code for console versions from scratch. It sounds absurd, but it may not apply to the code of the whole game, but to the so-called "platform specific code", related to the operation of the game on a given platform. Fortunately, this will probably not be necessary for ninth generation consoles. The author assures that thanks to Sony's "excellent devkit" the PlayStation 5 version of the game performs better than on PCs in this respect, and the release on XSX/S is only a matter of "rewriting the code".

We mentioned that officially, Cyberpunk 2077 will receive major updates this and next month, which should eliminate most of the serious errors. However, the author of this entry says that two major patches will not appear until mid-March. What's more, by June CD Projekt RED is planning to implement a plan to revive Cyberpunk 2077, No Man's Sky style . That's when the title should be released in the "intended" form, as the "creator" claims. 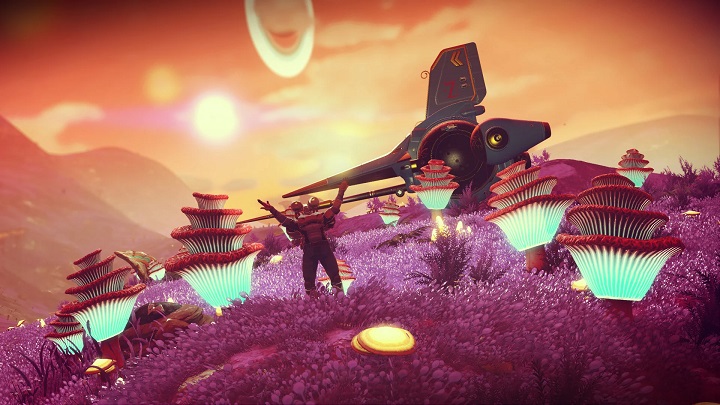 From the synonym of "trainwreck launch" to an AAA game role model, the creators of No Man's Sky have reasons to be proud.

The comparison with Hello Games' work is easy to understand. When NMS debuted in 2016, the title was cited as a textbook example of marketing over content. The lack of a large part of planned content resulted in the gameplay not coinciding with what the creators had announced. The game soon gained a terrible reputation and many people said it was the end of Hello Games. But now, after many huge updates, the memory of the unfulfilled promises has given way to recognition of the efforts of creators who have not abandoned the seemingly doomed project.

So it is easy to understand why the creators of Cyberpunk 2077 referred to that particular project. Especially since, like No Man's Sky, CD Projekt RED's work definitely has potential, as evidenced by the reviews on Steam. Of course, one could be cynical and point out a large group of games that had potential but failed nevertheless (or they were not given a chance).

The announcements of fixes - both official and leaked - are certainly welcome, but the general assurances such as "there will be patches in March and June" and "we will improve everything" are a little too general to be taken seriously. Unfortunately, although the alleged dev mentions things that can be improved or added, most of them are written about in the context of complaining about his alleged employer. As a result, it is difficult to decide which of the elements he mentions as possible expansions (for example, as free DLCs), and which he only gives as an example of that or other misconduct of the project leaders.

However, the "developer" confirmed that CD Projekt RED is working on a problem with police pathfinding. He did not fail to add that the system worked great until someone - quote - screwed the pooch. As a result we got a meme in the form of law enforcement officers teleporting behind the protagonist's back. The author also mentions, albeit vaguely, an underground city in the style of Malkavian Path from Vampire: The Masquerade - Bloodlines. However, some of the Internet users point out that this would explain the presence of certain useless abilities (for example those related to infinite breathing under water).

Speaking of cut content, the "creator" has pointed out that a large part of the apartments have been closed to players in the released version of the game. Perhaps one of the major updates will make them open again. He also mentioned two side stories (or "Arcs" if you prefer the term) that have been removed because one of the missions misplaced the player character when it was completed, and in effect wiped the save file. However, if this problem gets solved, perhaps CD Projekt RED would be tempted to add these tasks in, let's call it, version 2.0 of Cyberpunk 2077? The same goes for other interesting quests (for example, a very complex side-task with the Max-Tac group) and more than 50,000 dialogue lines allegedly removed by the developers. Or a system of "minor gang violence", generating random events in the game world that we could experience or interfere with for one reason or another. 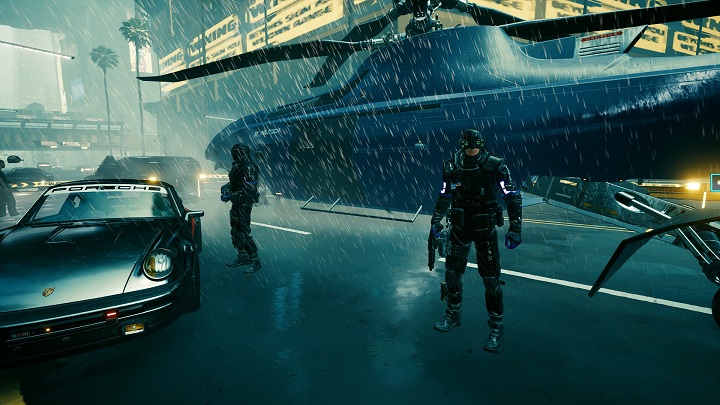 Psycho Squads (as the MAX-TAC is sometimes called) would be the focus of one of the cut tasks.

Once again, we emphasize: the above information comes from an unreliable source. They may as well be the creation of an authentic employee of CD Projekt RED, or the invention of a fan or "professional" Internet troll. So far, the developers have not mentioned a word about plans to release updates or DLCs after February. Therefore, we recommend to treat all this only as rumors.

Minecraft Earth Shuts Down But Not Before Final Update

New Actors Cast for Netflix's The Witcher, Including Role of King Henselt

Bans in CS:GO for Betting on Matches

Rumors Suggest KOTOR 3 May be Developed Without EA