A screenshot taken in GPU-Z appeared on the web, confirming the existence of Nvidia GeForce RTX 3060 Ti (via VideoCardz). The leak also reveals the specs of the new Ampere chipset. It will be based on the GA104 chip, as will the GeForce RTX 3070, which will make its market debut tomorrow. The RTX 3060 Ti is to be equipped with 4864 CUDA cores and 80 ROP units, supported by 8GB of GDDR6 memory with 256-bit bus. 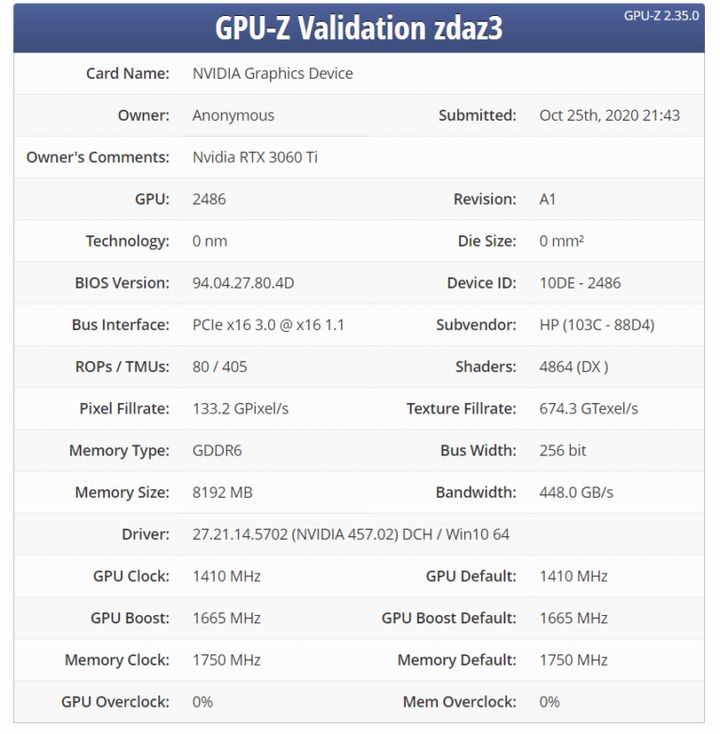 According to further rumors (Nvidia hasn't officially announced the card yet), GeForce RTX 3060 Ti will debut in mid-November this year. The device appeared in the offer of some Asian stores (it can be pre-ordered), where it costs from 2049 to 2999 yuan. This translates into 305-446 dollars( Guru3D editors suggest that the card will be sold for "less than 400 dollars", while Wccftech speculates that the price will be 399 dollars).

Given the large price spread and different tax rates, it is difficult to say clearly what the final price will be. A lot will also depend on availability - as we know, in case of the first Ampere cards (GeForce RTX 3080 and GeForce RTX 3090), Nvidia had - and still has - big supply problems. The upcoming release of RTX 3070 will show whether the situation has improved.

Head of Xbox on Microsoft's Plans