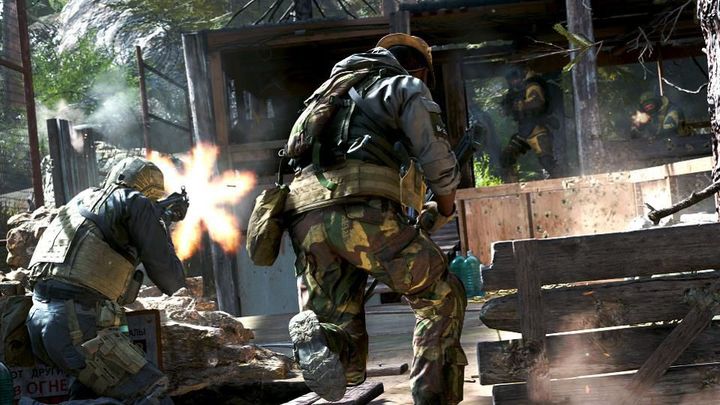 Are those all the game modes of Call of Duty: Modern Warfare?

Thanks to recent beta-tests of Call of Duty: Modern Warfare, gamers have been given the opportunity to test Infinity Ward's new production, but also to take a closer look at the installation files. One of the users of Reddit - u/Impalla - has published a list of game modes that will be featured in the title. The list is really extensive - it includes as many as 34 items. Some modes (marked with the letter H) will also receive the Hardcore variant.

The list does not lack items known and liked by fans of the series, such as One in the Chamber, Gun Game, Demolition or Kill Confirmed. From the information provided earlier by developers, we also know that there will be modes that differ from what we are used to - for example, Ground War, mode dedicated to 64 players (divided into two 32-person teams), is more like Battlefield.

Considering the source of data, it is worth noting that it is not certain whether all the aforementioned modes will be in the game on the day of release - or even whether they will be in the game at all. Entries found in installation files may be related to planned DLC content, or may be legacy concepts and solutions that were developed but eventually abandoned.

Call of Duty: Modern Warfare will debut on October 25, on PC, PlayStation 4 and Xbox One.

Death Stranding - BB's Crying Will Come From Your Gamepad