One Reddit's user has reached a thread from nine months ago, in which the details of Spider-Man: Miles Morales, which was announced this Thursday, were presented. The author of the entry already informed that in the new installment of the series we will see Miles as the main character, and the title will be a kind of a stand-alone expansion to the installment from 2018 (he compares it to inFamous: First Light, which only confirms the recent reports about what form the title will actually be released). This enables us to believe that the rest of the information he provided then may also turn out to be true. We write about it below. 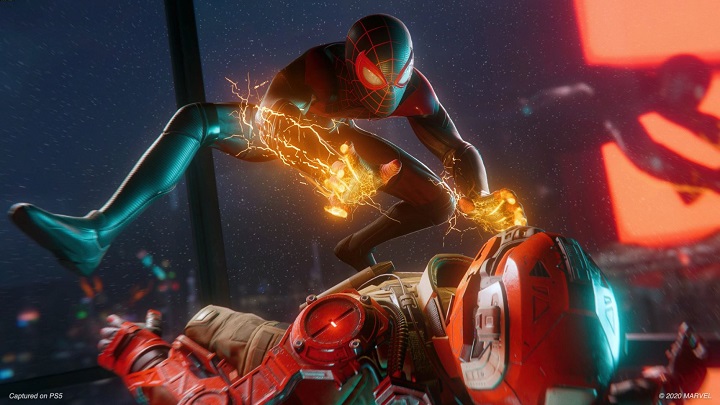 Leaks about the new installment of Spider-Man.

First of all, according to the author of the leak, we will spend much more time with the new Spider-Man than with all three chapters of the City That Never Sleeps DLC. In the game, we're supposed to learn the history of the symbiote that Spider-Man used as a suit to enhance his skills. The so-called "black costume" will be fully playable, and a total of nine new suits will be given to the players. The game will feature Yuriko "Yuri" Watanabe and Kraven the Hunter, Venom and Green Goblin will also play a major role (other enemies will also appear). Peter Parker and Miles Morales will have something like a common command center.

According to the reports, it will also be possible to transfer the saved games from 2018 Spider-Man, thanks to which from the beginning of the game we will have access to costumes and skills gained in the previous installment. However, all the above information should be treated with some caution, as most of it has not yet been officially confirmed. As a reminder, Spider-Man: Miles Morales will be released this year on PlayStation 5.