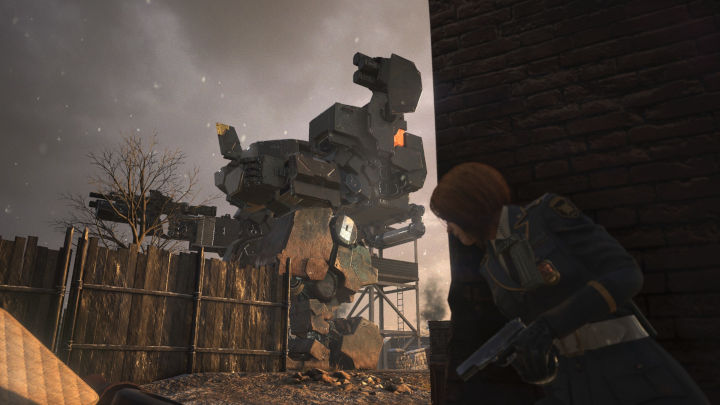 Fans of the Front Mission series have reasons to be frustrated, having waited 9 years for a new installment.

Left Alive was released in Japan on 28 February 2019. On the day of the premiere, the game blocked recording of cut-scenes (to prevent spoilers), but all the rest of the production could be streamed without any restrictions. The situation changed when the first Japanese players' opinions about the title started appearing on the Web. Left Alive was criticized for poor graphics, high difficulty level, poorly designed levels, control problems, bad animations and many other. The day after the premiere of the title, the Japanese streamer fei was the first one to notice that streaming Left Alive on YouTube was completely blocked.

This led to suspections that Square Enix may have been keen on ensuring that negative feedback from Japanese players could not reach the West before the official launch of production in the United States and Europe (March 5, 2019). The creators explained that this was only a mistake and work is currently underway to fix it (the fact that streaming on Twitch was working properly all the time does speak in their favour). Many players, however, did not believe their assurances, and the game became subject to even stronger flak from Japanese gamers. On Amazon Japan, the average Left Alive rating is a mere 1.5/5 (76% of buyers gave it only one star - the lowest possible rating on the site). Also on the Japanese Amazon, less than a week after the release, the price was cut by 50% - from ¥8,964 to ¥4,442 (from about $80 to about $40).

Left Alive will be released today on PC and PlayStation 4 on Western markets. The game is part of the Front Mission series, the first part of which was released way back in 1995. Similarily to the previous installment in the series, Front Mission Evolved, the game has given up its RPG roots, focusing primarily on action.