The announcement of Marvel's Spider-Man 2 caused excitement among fans of comic books and digitak entertainment. The community's enthusiasm grew even more when it was revealed that the trailer presented at the PlayStation Showcase 2021 did not contain pre-rendered CGI, but consisted entirely of gameplay footage recorded on the PlayStation 5. The second installment on the trailer seemed a bit darker than the first game from 2018, but it was hard to tell if the entire game would be like that. However, Marvel Games vice president and Marvel Comics editor Bill Rosemann cleared up any doubts. 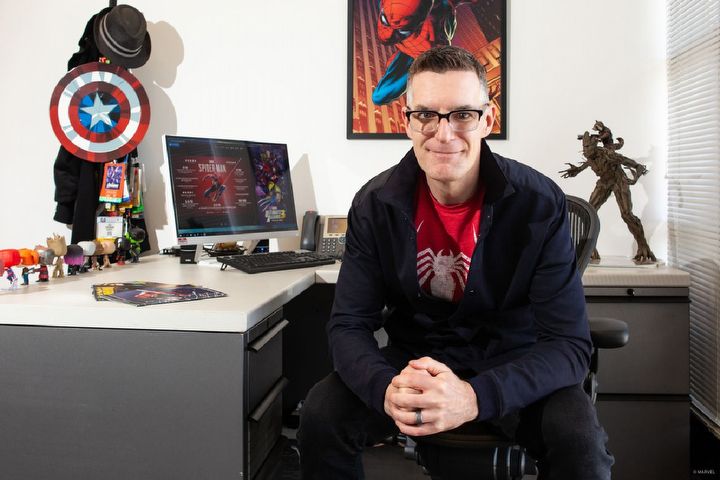 Recently Rossman took part in a podcast from the This Week In Marvel series. He talked mostly about upcoming video games, including the second installment of Spider-Man from Sony. He described it with the following words:

"If the first Spider-Man game was Star Wars [A New Hope], Spider-Man 2 is kind of our Empire [Strikes Back]. It gets a little darker."

Some of you may think that the studio responsible for Spidey's gaming adventures, Insomniac Games will make an unnecessary attempt to move away from the colorful, not very serious titles for which it is known, such as Sunset Overdrive or the Ratchet & Clank series. It is worth reminding that the company has also developed the Resistance trilogy. These games combined the themes of World War II and an alien invasion of Earth, taking up less humorous issues.

Spider-Man 2 is one of two upcoming darker titles from Insomniac Games. The other is expected to be Marvel's Wolverine, which was also announced at PlayStation Showcase 2021.The aforementioned Bill Rosemann has promised that we'll know "soon" when that title will be released, in the meantime, he recommended studying the trailer carefully for easter eggs, which we've already done.

In turn, what we know so far about Marvel's Spider-Man 2 is that we will have the opportunity to impersonate both Peter Parker, the original Spider-man from the previous game and Miles Morales from the sequel. Heroes will join forces in order to defeat Venom - one of the most known antagonists of Spider-Man. The game is set to launch on PS5 in 2023.