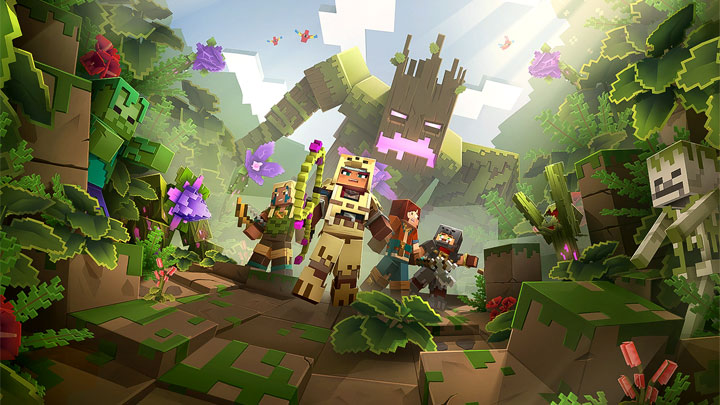 We'll go to the jungle in early July.

It's been a month since the release of Minecraft: Dungeons, a spin-off to Mojang's hit. Many people are already looking forward to new content and now we finally found out when we will get it.

On the official website, the devs informed that on July 1 Minecraft: Dungeons - Jungle Awakens, the first paid DLC for the game, will be released. It will debut simultaneously on all hardware platforms. If we only have the base game, we can upgrade it to the so-called Hero Edition, which provides access to all add-ons.

Jungle Awakens will introduce new locations set n the eponymous jungle. There will also be new enemies and items. A free update with content will be released simultaneously with the DLC, including the Lost Temple dungeon.

Minecraft: Dungeons was released on May 26 on Xbox One, PlayStation 4 and Nintendo Switch. The game is also available as part of Xbox Game Pass. The game was quite well received and the PC version has an average rating of 70% on Metacritic. Our editor also liked the project and gave it 7.5/10. The game also turned out to be a big commercial success, becoming the biggest digital debut of May.