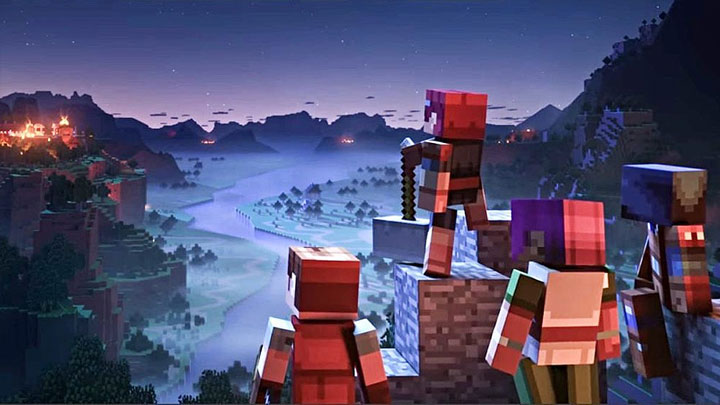 Minecraft: Dungeons has been a great success.

The SuperData analytics group published a report summarizing the results of the video game market for the previous month. Thanks to this, we learned that the biggest digital launch of May was Minecraft: Dungeons, which attracted 1.8 million players. However, thegame's business model has severely limited its revenues, causing it to land outside the top ten of best-earning PC titles, and on the consoles it was only ranked ninth.

There are two reasons for Minecraft: Dungeons's relatively modest sales revenue. The first is the low price (the game is sold for $19.99), and the second is the fact that many PC and Xbox One users received access to the game under the Xbox Game Pass subscription. However, this service is one of Microsoft's priorities, so the company has no reasons to complain.

As a reminder, Minecraft: Dungeons debuted on May 26, this year, simultaneously on PC, Xbox One, PlayStation 4 and Nintendo Switch.

Superdata's report also contains many other interesting information about the results of digital distribution on the global gaming market in the past month. This category, including not only the sales of games themselves, but also microtransactions and subscriptions, brought 10.2 billion dollars.

Epic Games Store's giveaway of Grand Theft Auto 5 was a hit. Thanks to it, the number of users playing GTA 5 and Grand Theft Auto Online in May increased by 245% compared to April, and revenues more than doubled, mainly through microtransactions. Interestingly enough, however, last month console players have spent four times more money than PC users.

A similar success was the free distribution of the full version of Sid Meier's Civilization VI on Epic Games Store. As a result, in May the number of players increased by 477% compared to April. In turn, revenues from the PC version increased by 52%, helped by the release of new paid content, including the New Frontier Pass, which turned out to be a great sales success.

It is also worth noting a 9% drop in Counter-Strike: Global Offensive's revenue. Analysts believe that the main reason for this was extensive beta testing of competing Valorant.

Highest earning digital games in May 2020.

Marvel's Avengers Will Get Free Update From PS4 to PS5