Coming soon to Minecraft is the disappointing The Wild Update. As we know, its content has not satisfied the community, so the players themselves decided to "fix" the sandbox - meet the mod called Naturalist, which is all that The Wild Update should be.

One of the more anticipated mobs by the players were the fireflies, which, as we already know very well, are nowhere to be found in the new features that will come with the aforementioned update.

However, the players don't have to despair, because Naturalist introduces them to the game. It doesn't end with these insects though, and below you will find a list of all the animals included in the mod.

Besides, the listed creatures are not just simply present in the game. They also function according to the rules of the food chain, have their sleep cycles and many other behaviors that make the fauna in Minecraft come to life.

Bears - this is what the players want

A large part of the comments related to the mod draws attention to the introduction of bears to the game. According to the community, their presence would greatly diversify the gameplay, not to mention the fact that several types of them could be designed.

It is worth noting that in Minecraft there are already some bear species present: the polar bear and the panda. However, players miss bears in regular forests or swamps, which appear far more often than jungles and snowy biomes.

"Bears would make regular forests a lot more interesting, and they could have different variants. Brown bears could breed in oak forests and black bears in birch forests and interact with bee nests," wrote xDagz1443. 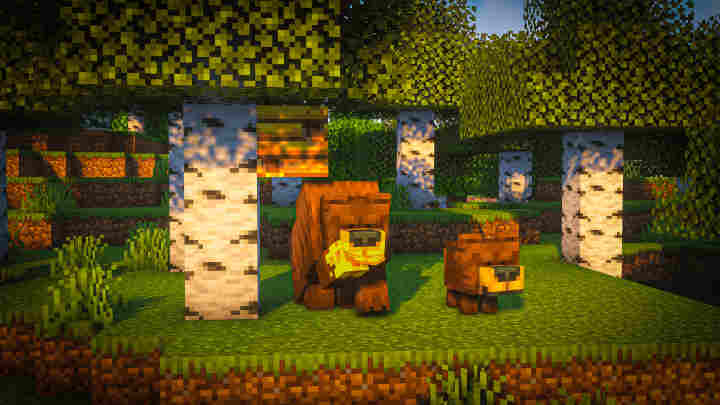 This is how the bears look like in Naturalist. Source: curseforge.com

Details about the mod

The modification is available on Curse Forge and you will need a dedicated app to install it (you can also download it from the website).

Naturalist is compatible with the latest version of Minecraft. The developers do not plan to port their project to previous versions.