As Minecraft is in the final stretch before the release of The Wild Update, one player has decided to gather all the new items and creatures that are coming to the game in one place.

Minecraft and The Wild Update

As we can see on the screenshot below, the list is shorter than you might expect. Some of the items are well-known blocks, only that created from a different kind of wood. 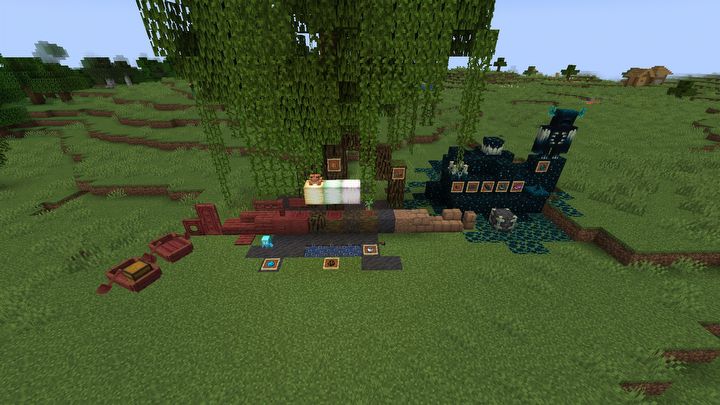 You can check out the full list of items at Minecraft Wiki, and below you will find a list of the most interesting new elements.

Perhaps this is a bit monothematic, and fans of Minecraft have already accepted the disappointing truth about the new version of the game. The Wild Update was supposed to bring a lot of new features that we didn't ultimately see. Below you will find a list of Mojang's "promises":

Of course, the list seems short compared to what we will receive in the update, but these are indeed completely new features.

At this point, the biggest drawback of The Wild Update emerges - it is simply boring. Players have received one swampy biome; new items have appeared, including some with only one use; the things we can get in Ancient City don't encourage us to revisit Deep Dark, etc.

The Minecraft community has to swallow the bitter pill, clench its fists and wait for the next updates. Why? Well, with the release of the first pre-release update the content we'll be getting in The Wild Update has been "sealed". Staying on the topic, it's worth noting that yesterday the second update from this "series" appeared. It introduces mainly technical fixes.

She studied philosophy and philology and her writing skills by producing hundreds of assignment papers. She has been a journalist at Gamepressure since 2019. She began in the newsroom, then becoming a columnist and reviewer, and eventually, a full-time editor of the guides section. She has been playing games for as long as she can remember – everything except shooters and RTSs. Ailurophile, fan of The Sims and concrete. When she's not clearing maps of collectibles or playing simulators of everything, economic strategies, RPGs (including table-top) or romantic indie games, she explores cities in different countries with her camera, searching for brutalist architecture and post-communist relics.

Dark Souls Black Knights Lore - Why Is Their Armor Black, What's Their Story?

Game Pass Could be a Threat to the Industry; Xbox Co-creator Warns

Songs of Conquest Gets New Maps and a „Surrender” Button

The Lord of the Rings: Gollum Release Date

Work on Gears 6 is Progressing; The Coalition is Calling Reinforcements