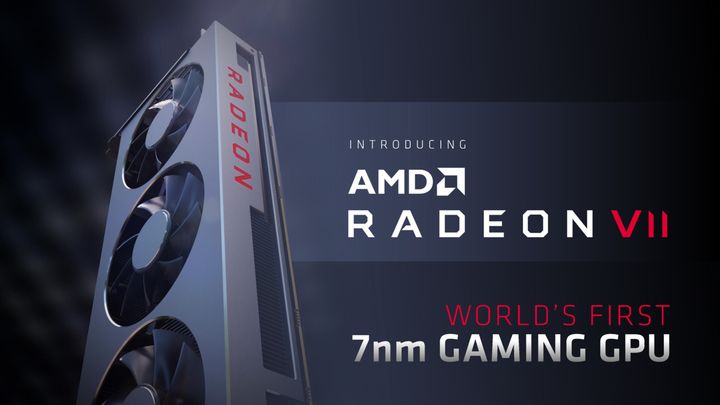 On February 7, AMD's newest GPU, Radeon VII, will be available for sale. The new chipset is intended to competite against Nvidia's top offers, the GeForce RTX 2080. The new GPUs from the "red" camp have been given the same price tag as their direct competition, so many potential buyers waited for the benchmarks of the upcoming chipset  and they have just surfaced on the web.

Radeon VII has been tested in two popular environments  the first is the 3DMark benchmark, where the system has been subjected to several tests in a variety of applications. In synthetic testing, the GPU performed very well, for example: reaching 6707 points in Fire Strike Ultra 1.1 measurement, while the factory spec of GeForce RTX 2080 offered a score around 6380 points. However, it is interesting to note, that the GeForce GTX 1080 Ti offered better results in this aspect  in Fire Strike Radeon VII reached as much as 27600 points, but the competitor from Nvidia exceeded the 30,000 point threshold. All in all the results of both cards are comperable. 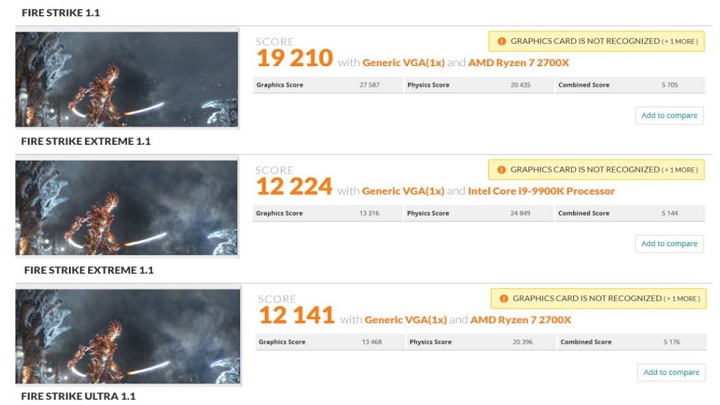 In synthetic testing Radeon VII and GeForce RTX 2080 were more or less equal.

However, the situation during the game looks much worse  Final Fantasy XV was the game used in the benchmark. The game was launched in QHD resolution (2560x1440 pixels) in two graphic settings  normal and high. On lower settings, the Radeon VII gives way to the RTX 2080 by more than 1200 points, and is only a little bit ahead of the RTX 2070. Benchmark on higher details turned out even worse for the new Radeon - the chipset lost not only with the RTX 2080, but also with the GTX 1070 Ti or the Quadro P5000 GPU, dedicated to workstations. A result of 5324 points is just a little better than that of an Nvidia card from two generations ago  the GeForce GTX 980 Ti. 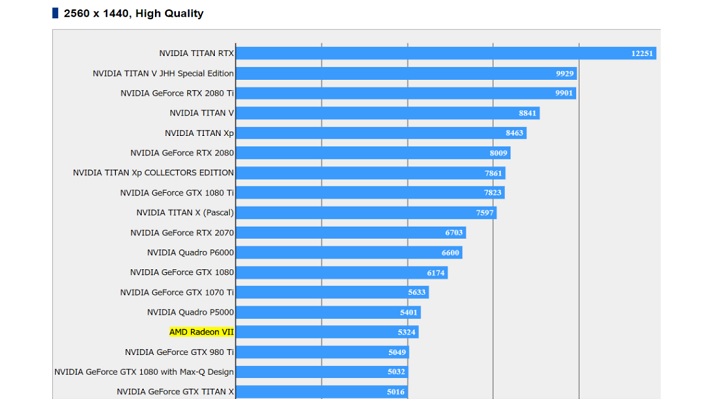 Interestingly, contrary to the earlier information saying that Radeon VII will appear on the market only in the reference version, there are post on the web concerning four versions of this model created by PowerColor, two of which are to be overclocked by default. Time will tell if these revelations will prove to be true, and if there will be original designs of this GPU from other producers available in stores.