A lot of Mount & Blade and Mount & Blade: Warband lovers probably know the Star Wars Conquest modification. Its creators undertook a very difficult task of adapting mechanics of games, whose action takes place in a quasi-medieval land, to the universe of Star Wars. The operation was successful and the mod still enjoys popularity and esteem among the community of TaleWorlds' games. No wonder that work has already begun on creating a fan project set in the world of Star Wars in Mount & Blade II: Bannerlord. We are talking about the Separatist Crisis mod . 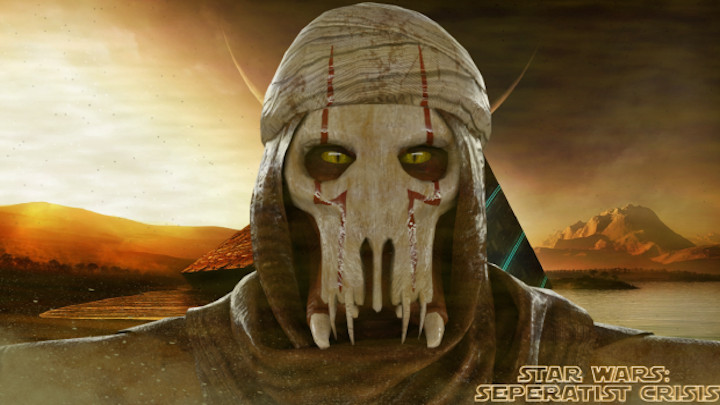 Will the finished version of Separatist Crisis mod delight players?

Separatist Crisis will take us to the times of clone wars, that is between the second and third episode of Star Wars. During the game we will be able to join one of several factions, including the Republic, the Separatists, and the Hutt Cartel, visit a number of planets and moons known from games and movies, among which we can mention Endor, as well as Kashyyyk, hunt, fight together with Rancors or Acklays, attack ships, raid subsequent worlds and much more.

The devs promises that the range of roles available in the Separatist Crisis modification will be very wide. There will be options to play as Jedi, Sith, Bounty Hunter, Slave Trader, Merchant, Scrapper, and even a member of the Miners Guild. Everything is to depend on our preferences.

On the Separatist Crisis page in Mod DB we will find images presenting the 3D models that will be used in the mod. Among them we can see Commander Wolfee known from the Clone Wars series and the warrior of the Kaleesh race, to which General Grievous belonged. You will find some of them below.

So far, it's unknown when the Separatist Crisis mod for Mount & Blade II: Bannerlord will launch. However, it's not likely to be a matter of the coming months, as it's clear that the work is still at a relatively early stage. If you would like to help, you can contact the creators. You will find information about who they are currently looking for here.

Mount & Blade II: Bannerlord launched in early access on PC on March 30, this year. The full version should appear next year.