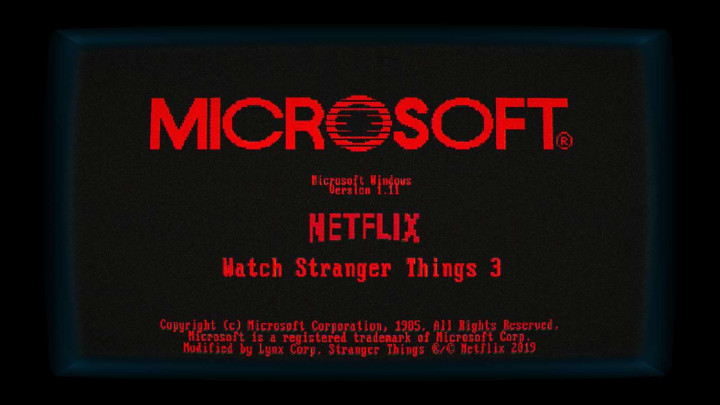 Last week we reported that Microsoft announced a new version of the 1985 release of Windows 1.0 via social media. The launch date of the software coincides with that of the third season of Stranger Things, so from the very beginning it was speculated that the two things could be linked. The suspicions turned out to be correct - Microsoft in cooperation with Netflix launched the Windows 1.11 application, and it does not even try to hide that its main task is to promote the latest season of the Duffer brothers' work.

Those counting on a full-fledged operating system or a Windows 10 overlay will be disappointed with what the application offers. Windows 1.11 is really a simple game, reminiscent of Her Story or Kingsway - just like in them, the user moves through an interface based on the operating system, and by following the actions planned by the developers, the player unlocks access to new mini-games and clips from the series.

The program takes just over 775 MB and requires Windows 10 version 10240.0 or later to work. The application is distributed exclusively through Microsoft Store.

The third season of Stranger Things appeared on the Netflix platform on July 4. The 8-episode continuation of the series was a great success, making the best debut in the history of American streaming service.