It looks like the owners of Netflix, a platform offering numerous movies and TV series, are planning to expand its offer to video games. At least that's what a report from The Information suggests, according to which the company is looking to hire an industry veteran to lead the company into the world of gaming. The new service would be reminiscent of Apple's Arcade subscription, though associations with Xbox Game Pass come to mind.

I wrote 'lead the company into the world of gaming', although in fact, Netflix has already experimented with video games. The corporation published two games based on the license of Stranger Things (Stranger Things: The Game and Stranger Things 3: The Game). The service also offered an interactive film titled Black Mirror: Bandersnatch, which - like Telltale's works - enabled us to influence the events unfolding on screen in a limited way. Netflix also touched on the gaming world, creating such series as Castlevania and - to a lesser extent, because the script was based on Andrzej Sapkowski's books - The Witcher. Expanding the streaming offer with video games would be a much more costly and risky move. 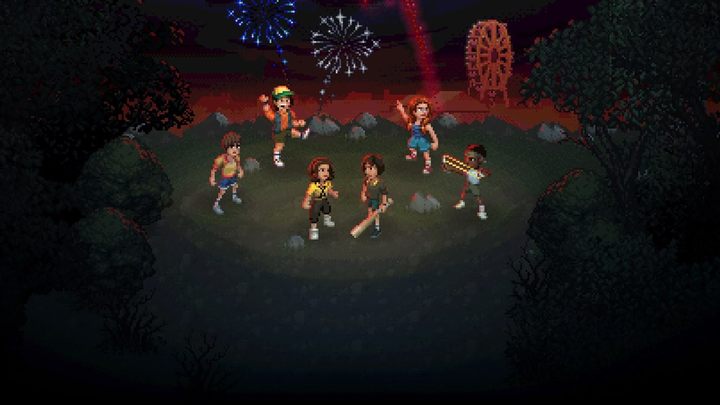 Games based on the license of Stranger Things are unlikely to captivate the crowds.

Therefore, is the game worth it? Apparently so. Netflix's representative revealed, in an interview for Polygon, that the company is excited to go a step further in terms of digital entertainment.

"Our members value the variety and quality of our content. Its why weve continually expanded our offering  from series to documentaries, film, local language originals, and reality TV. Members also enjoy engaging more directly with stories they love  through interactive shows, (...) or games (...). So were excited to do more with interactive entertainment."

What exactly will Netflix decide on? We don't know yet. According to the aforementioned report from The Information, the company's service would resemble Apple's Arcade subscription, which costs $24.99 and currently provides access to more than 180 games. The list of titles may not include the likes of Grand Theft Auto V, Skyrim or Wasteland 3 (which are available as part of the Xbox Game Pass subscription), but iOS device owners have plenty to choose from. Netflix could go in a similar direction... or try to enter Microsoft's field. Microsoft is rapidly expanding its service, but that doesn't mean there isn't any room left on the market for competition. Netflix could certainly create such competition if the company fully engaged in the new venture and, for example, in addition to licensed titles, could offer original games.

Will this happen? It's hard to say. I guess we just have to be patient and wait for new information. The popularity of subscription services seems to suggest we would be equally willing to pay for more future subscriptions, provided that they're characterized by a good price/quality ratio.

Upcoming Sales and Events on Steam in Detail

Upcoming Sales and Events on Steam in Detail