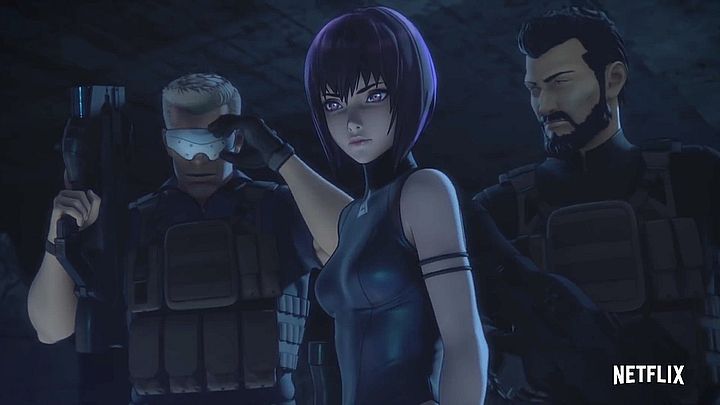 Does Netflix shoot itself in the knee by adapting the iconic series?

The first full trailer of Ghost in the Shell: SAC_2045, a Netflix series announced for April this year, appeared on the web. It is worth noting that the video appeared on the Asian channel of the streaming giant. We would also like to remind that the first teaser of the series could be seen in October 2019. The new trailer presents a lot of action, shooting, hacking and of course a lot of flashing pictures. You can watch it below.

The Ghost in the Shell series has always been associated with political intrigue, philosophical questions and fast-paced action. The trailer seems to present a spectacle that either has forgotten about the first two pillars or is carefully hiding them. No wonder fans didn't like it. Reactions in social media are largely negative. Just look at the number of thumbs on YouTube - 1.4 thousand up to 2.8 thousand down.

Fans complain about 3D animation and soundtrack. There are also comments that blame the artists for stripping the title of its soul. You have to admit that the animation really doesn't look good. It's not even about choosing "mainstream" 3D, but about fluidity and character models and locations. Some rightly point out that graphics are closer to Fortnite than to the ambitious project that the fans would expect. It seems that after Scarlett Johansson's live-action movie, the fans of the series are in for another bitter pill to swallow.

The action of the series will take place in 2045, at the time of the fall of global capitalism. We will learn the fate of the elite Japanese unit (Section 9), which will start a series of secret cyberoperations. That's all we know about the show for now. Do you like the new incarnation of GitS?

The Thing Returns - Remake in the Works