It has happened - Ubisoft has decided to cut the speculation about the new Assassin's Creed. Today's stream is over and we already know the title of the next installmentof the cycle. It is Assassin's Creed: Vallhala, which will be presented tomorrow at 8 AM PDT on the first trailer. So far only the game's logo has been shown. 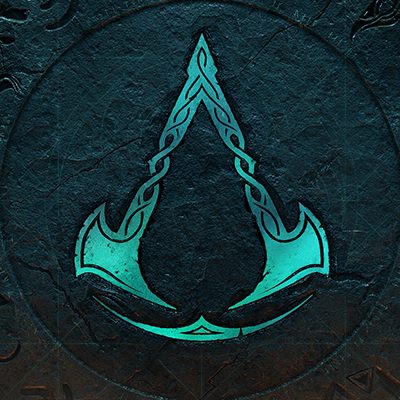 A new installment of the Assassin's Creed series is coming.

Ubisoft's announcement confirms the rumors that have been circulating among the fans for a long time. They were looking for clues about the Nordic episode even in potentially unrelated easter eggs from other games of the French publisher. However, there were also more serious indications of a sort of leak from the German Amazon, not to mention various more or less convincing reports. While the subtitle Ragnarok appeared in most of them, in the end it is fair to say that the rumors were essentially true. Will other information from these "leaks" turn out to be true as well? Perhaps we will see tomorrow, unless Ubisoft limits itself to showing the trailer.

Ubisoft's Twitch stream is still on, but it looks like we already know the name of the new installment of Assassin's Creed. Gaming Route noted that today the French publisher registered Assassinscreedvalhalla.com through Gandi.net (with its help, the official website of Assassin's Creed: Odyssey was also reserved). This shows the truth of the rumors about the Vikings in the next Assassin's Creed that have been circulating among fans for a long time. The image slowly being created on Twitch also clearly suggest a Nordic atmosphere, although it still not been completed. Nevertheless, it's time to wait for Ubisoft to officially confirm the information, which will probably happen after the stream is finished, hopefully soon.