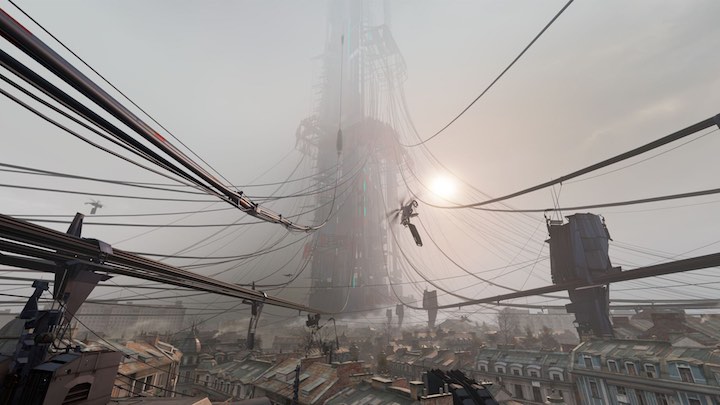 Amazing views in Half-Life: Alyx are becoming better and better without VR goggles - for now, unofficially.

Half-Life: Alyx is one of the best productions this year, but so far few players have seen it. All because of the requirement to have VR goggles to play the title. The fan community has started to work intensively on an unofficial modification to get around this restriction, but so far all attempts left a lot to be desired. A solution may be provided by the latest mod called Pancake FPS Starter Kit, which currently offers the best Half-Life: Alyx experience on a regular monitor.

The "Pancake" mod enables us to add our own scripts to our weapons. It is worth combining it with another recent modification, which enables us to play with a traditional set of mouse, keyboard and the usual WSAD keys. The author of the new no-VR mod posted a short video presenting Half-Life: Alyx in action on a standard monitor, and the file itself can be found here. Remember, however, that you make any changes on your own responsibility.

Such modifications will probably become more and more refined, but we are still waiting for Valve to decide to officially add the option of running Alyx without a VR device, although the chances are slim. The game was released on March 23 this year and has received fantastic reviews. Our editor rated it at 9.5/10, adding: "This is one of the best games I've ever played!"