PlayStation 5 is backwards compatible with PlayStation 4, enabling us to run older titles on Sony's next-gen console. Some last-gen games run on PS5 at better resolution and performance, such as Ghost of Tsushima.

These options have just been followed by a silent update for PlayStation, which finally includes a very important feature, namely the dialog window that appears before a game is launched and asks what version of the game we want to run - PS4 or PS5. The novelty was noticed by Twitter user Tidux, who shared a screenshot on the web. 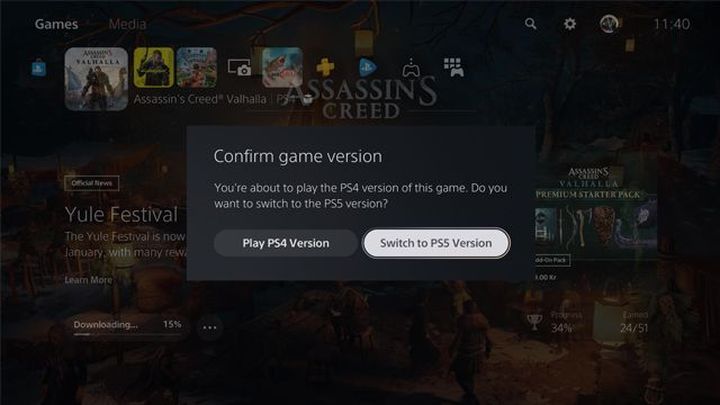