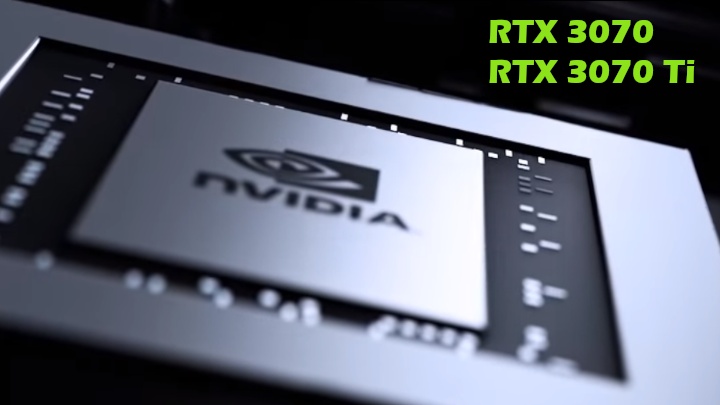 Twitter user reveals unconfirmed details about RTX 3070 and RTX 3070 Ti
IN A NUTSHELL:

User kopite7kimi posted a Tweet, containing information about Nvidia RTX 3070 and RTX 3070 Ti GPU. In his entry, he provided some technical details of the new chipseys from the Ampere family. The information is a leak, but previous posts from this account often turned out to be accurate (example). RTX 3070 may have similar performance to RTX 2080 and RTX 3070 Ti to RTX 2080 Super.

Here's the information published by kopite7kimi:

For better understanding, let's put the information in a table, comparing it with the counterparts from previous generation:

You can see that technically the RTX 3070 looks similar to the RTX 2080. The performance may also be similar. In turn, the RTX 3070 Ti may be more or less equal to RTX 2080 Ti. Kopite7kimi reported power consumption in TGP (Total Graphics Power), while older cards have TDP (Thermal Design Power) values specified. There are some differences between these specs, so we did not put them together directly. As for the cooling design, there were leaks (first and second) only related to RTX 3080 cards.

The costs of the current generation quoted in the last row come from the US market. Of course, the price of the RTX 3070 and its more powerful variety is not yet known, but we can assume that Nvidia will target similar price segments. So by buying a card for, say, $499, we can get the performance of a device almost twice as expensive. The author of the information at WCCFtech even thinks that both new GPUs may be cheaper. The standard version may cost $400, and the RTX 3070 Ti not more than $500. However, this is just a guess. We still have to wait for more certain information on prices.