Reddit is not only the centre of various hot topics, rumors and hypotheses, but also a place where many fans of a given franchise can share their opinions or views. A few days ago, there was a rather fierce exchange of opinions when one of the users, Aatman04, provided a screenshot, which was supposed to be an alleged proof that a certain, quite important scene was cut from Star Wars prequel trilogy, namely episode III titled Revenge of the Sith, that of Obi-Wan's conversation with Padmé. The jedi master was to admit that he was aware of Amidala's relationship with Anakin. 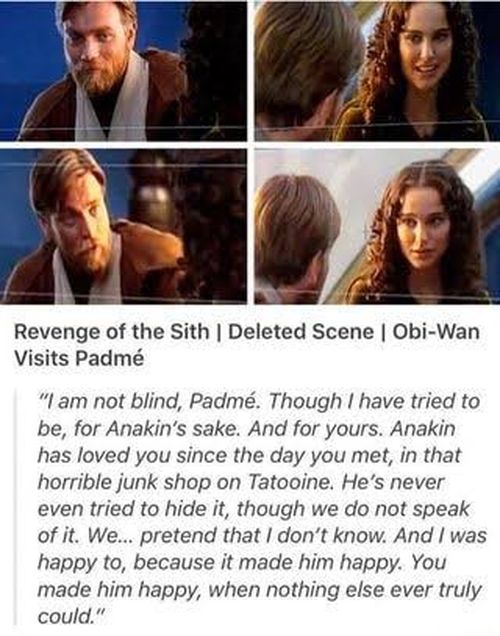 Some fans claim that the scene would be against Obi-Wan's character and his attachment to dogmas. On the other hand, it would show that friendship matters to him much more than any hard rules. Without this scene, however, everything remained in the realm of understatements, and maybe that was George Lucas' main intention.

However, Internet users are not particularly surprised by what they have just seen, as similar scenes appeared in the animated series Star Wars: The Clone Wars, in which Anakin was admonished by his master several times (sometimes with a solid dose of dry wit) after his meetings with Padmé. For this very reason, the allegedly removed dialogue from Revenge of the Sith seems even more valid.