The team at ZEN Studios revealed that after their artistic success on PC and Xbox One, their dungeon crawler Operencia: The Stolen Sun is heading for other platforms. On March 31 this year, the title, which is close to the relatively recently released The Bard's Tale IV, will appear on PlayStation 4 and Nintendo Switch. In addition, it will be available for purchase on Steam and GOG.com on the same day, as its annual exclusivity period for Epic Games Store will come to an end by then.

At first glance, Operencia: The Stolen Sun does not stand out too much from other representatives of the genre. The action is shown from first-person perspective, and we traverse the locations in a characteristic, jumping way. In the course of the game we lead a party of heroes who travel the world, perform tasks and fight (in turn-based mode) with various opponents. As they progress, the heroes grow in strength, allowing them to face more difficult challenges.

However, the distinguishing element of this production is the game world. The devs were inspired by Central European legends and folklore. No one should be surprised that there are fantastic versions of real places and objects in the game, as well as incarnations of historical characters, led by Attila the Hun.

On the new platforms, the production will be enriched with two new game modes. While Hard Mode will be intended for players looking for a big challenge, Permadeath Mode, where heroes cannot be resurrected after death, will only be for the bravest daredevils. 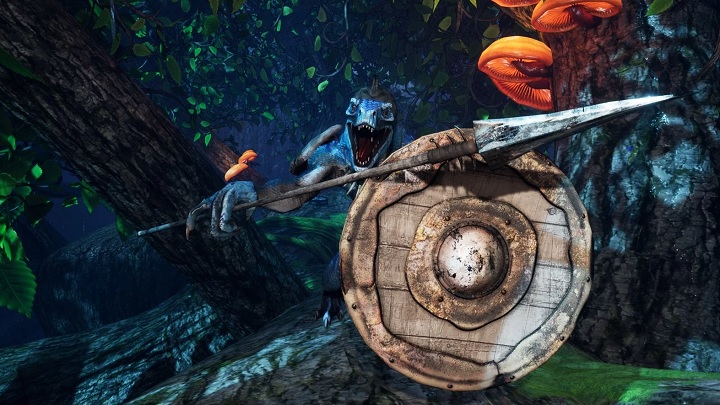 The advantages of Operencia: The Stolen Sun include nice, colorful graphics.

Operencia: The Stolen Sun may not be a big hit, but the ratings given to this game indicate that we are dealing with a solid title. On Metacritic, the average of score received by this production is 77% for the PC version and 82% for the Xbox One edition.