HowLongToBeat has been sharing game recaps in various, sometimes unusual, categories lately. Now we got to know the most popular gaming platforms of 2021, among which the PC remains the king. 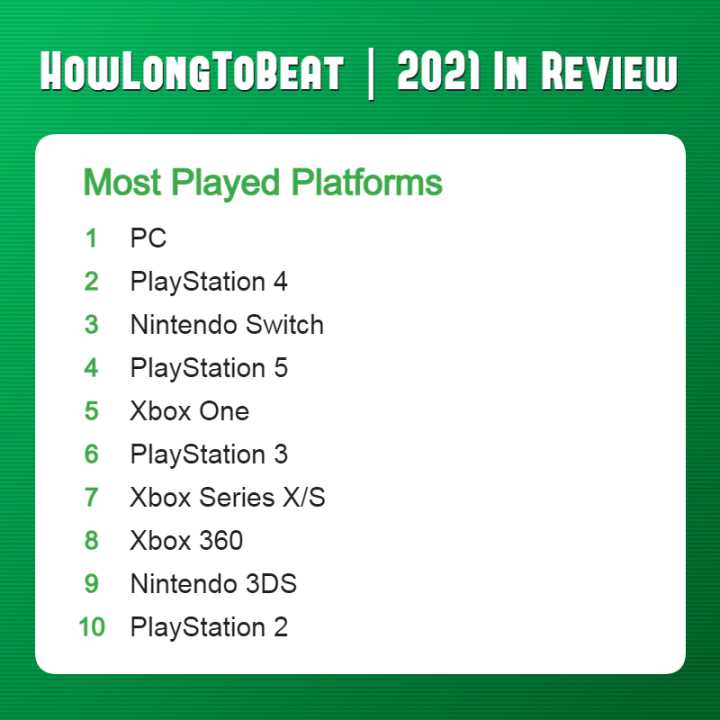 The victory of personal computers is not surprising, after all, it's not the first time that this platform was considered the best. Surprise may be the quite low position of the Xbox Series X and S. The hard-to-get PS5, on the other hand, took the 4th spot - could it be that the reports of shortages are exaggerated?

What can also be seen in the summary is that gamers have definitely not yet moved away from previous generation of consoles. After all, right after the PC we have the honored PlayStation 4, and a bit lower Xbox One, which closes the top five.

Nevertheless, the summary of the most popular platforms looks quite interesting and may be a slight surprise. And you agree with the ranking or maybe you would change something?