On September 18, 2020 the original horror game Phasmophobia debuted on Steam's early access. The game is designed mainly for cooperation and VR, but we can also play it without the special goggles. The title has very quickly gained a lot of fans, which is best expressed by userreviews on Steam (currently overwhelmingly positive).

Kinetic Games' work can also boast of considerable popularity, which is reflected, among other things, by the number of player opinions (there are currently 12,477 thousand of them). The average number of users playing Phasmophobia at the same time is about 20 thousand (the game's activity record is slightly over 61 thousand). Exact statistics can be seen on Steam Charts. 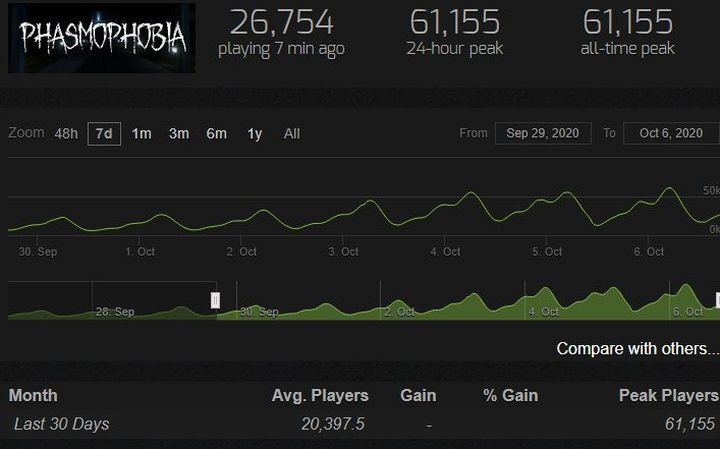 Quite good for a newcomer game.

The situation looks no worse on Twitch, because the game has great potential when it comes to streaming. We are exploring haunted areas with the team hoping to find any ghost traces. There is a lot of thrill in it - both fear and laughter. Phasmophobia is currently the nineteenth most popular title in terms of average number of viewers on Twitch, as well as the eighteenth most streamed game (usually transmitted by 160 channels at the same time). This is what the situation looks like in numbers and charts (via Twitch Metrics). 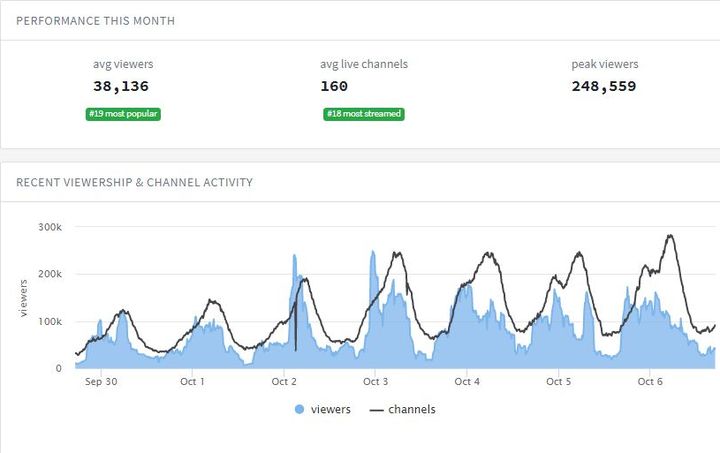 Are we getting another hit?

The truth is that Phasmophobia may have its peak popularity ahead of it - let's remember, it's still in early access. We can buy the title at a pretty attractive price of $13.99, and we don't need any VR glasses to play. All we need is a keyboard, a mouse and a bit of will. For now the game is available exclusively on PC.