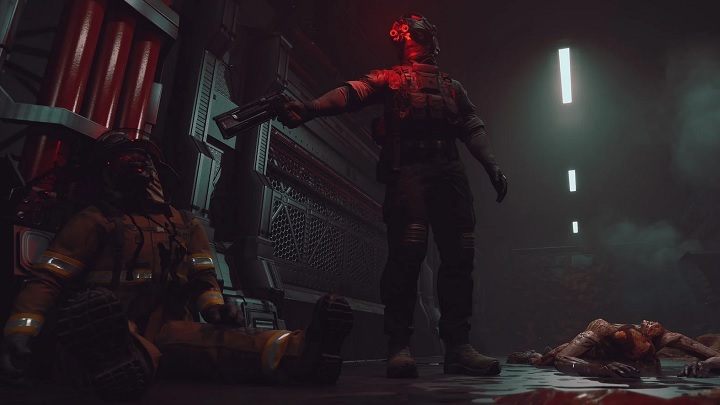 Quantum Error on PlayStation 5 will use ray tracing and will run in 4K and 60 fps.

The first trailer of Quantum Error, FPS survival horror, has been released on the web and the game will be coming to PlayStation 4 and PlayStation 5. The video shows scenes recorded on Sony's next-generation console, but a real gameplay will not be released until summer.

It's already clear, however, that Quantum Error will have a dense atmosphere reminiscent of Dead Space. The necessity of confrontation with mutated people means a lot of trouble for the main character, because he won't be a battle-hardened warrior, but a fireman. Due to the latter, even though with time we'll acquire quite an vast arsenal, at first (or when we run out of ammunition) we'll have to defend ourselves with help of... an axe.