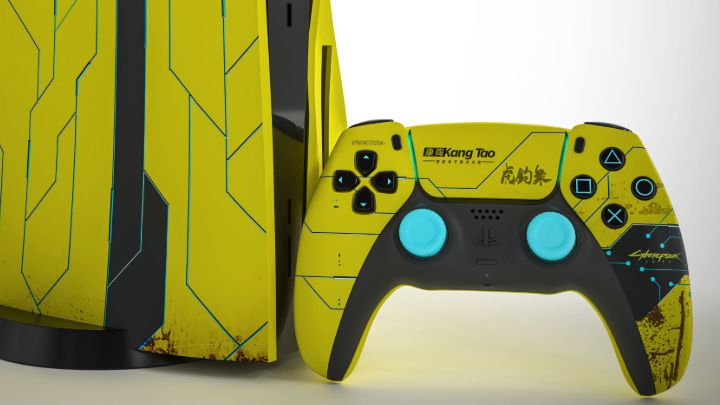 Several PS5 visualizations have appeared on the web, related to recently announced or upcoming games - namely Cyberpunk 2077 and Horizon: Forbidden West. Admittedly, the consoles look very attractive - I wouldn't mind placing such a box under my TV set (or rather next to it, given its size). Anyway, take a look for yourself.

We also have a similar concept inspired by a game that will be released in just a few weeks - Ghost of Tsushima, an action adventure game set in feudal Japan, created by Sucker Punch.

The projects were created by a British artist, who publishes his works as POPeART and XboxPope. Here you can find his account on Instagram.

The appearance of the base model of PlatStation 5 console was revealed a few weeks ago. At that time, a number of games were also announced for the platform, such as Gran Turismo 7, Spider-Man: Miles Morales and Ratchet & Clank: Rift Apart. The PS5 does not have a specific release date set for the time being, but it will be released this year.