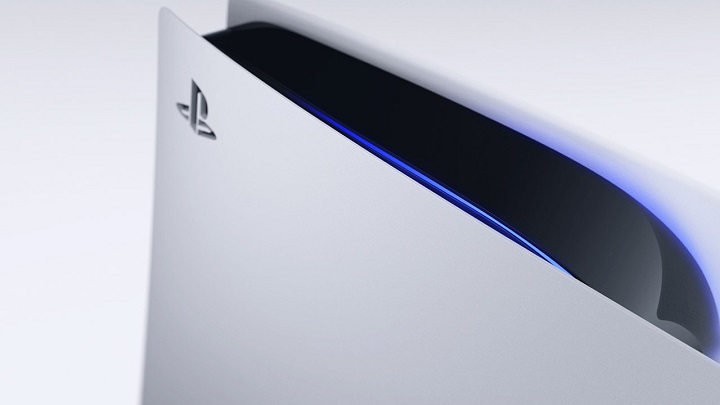 An interesting photo appeared on ResetEra, thanks to which we have the opportunity to see PS5 in real conditions and thus get to know its real size. The photo shows three employees from Sony's factory, one of whom is holding a PlayStation 5. Unfortunately, the device can only be seen from the side, but this does not prevent us from estimating its size. The console is just a bit smaller than the torso of the man holding it. Of course, it should be kept in mind that the picture below may have been fabricated and do not show Sony's upcoming console at all (although their authenticity has been confirmed by one of the verified forum users).

As a reminder, let's quote the official dimensions of Microsoft's competitive console - Xbox Series X. The device is to be slightly over 30 centimeters high (301 millimeters), and about 15 centimeters wide (151 millimeters). Some time ago, an image comparing the size of both devices appeared on the Internet, according to which Sony's console will be about 8.5 centimeters taller, but much narrower.

The official appearance of PlayStation 5 was first revealed on June 11 at Sony's conference. It was also then that we learned that the console will be released in two versions - traditional and without a Blu-Ray drive. On the same occasion we were shown a charging station for DualSense pads, a remote control, a camera and Pulse 3D wireless headphones. The PS5 is scheduled to be released during this year's Holidays.