PlayStation 5 may reward us for unlocking trophies. The skillful eyes of MP1st editors spotted an information about the awards the player will receive for winning achievements in Sony's latest video on console's interface.

In the 11-minute video, we are presented how PS5's interface works. During the launch of Destruction AllStars we could see for a moment the trophy tiles, which in the description had information about unlocking avatars and profile banners for unlocking them. 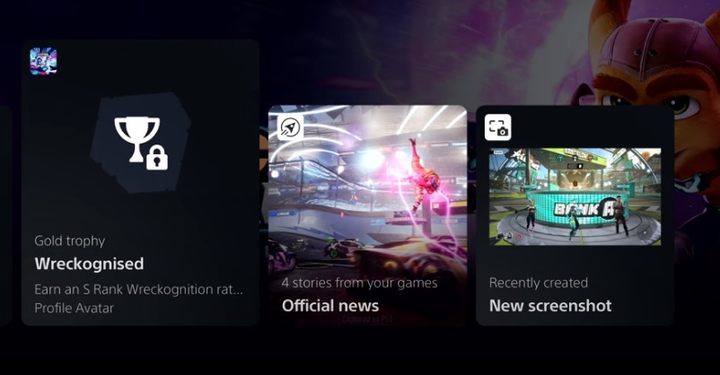 We will receive an avatar for the Wreckognised trophy.

Unlocking Rookie Cup will reward us with a profile banner.

If you've been with PlayStation for a little longer, you'll remember that we received similar prizes on PS3. In selected titles, winning 'platinum' or other trophy would unlock a theme or a pack of avatars. If Sony decides to make a similar move, but in a broader sense, along with the release of the PS5, those who have so far been avoiding trophies will have an additional incentive to squeeze everything out of their games.