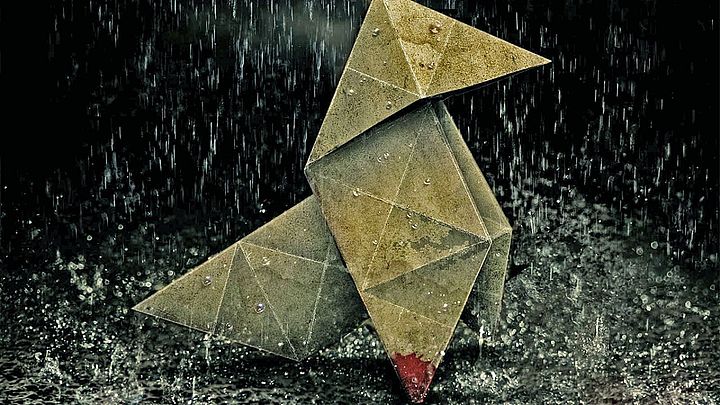 PC gamers will get the chance to stop the "Origami Killer".

If, for various reasons, you haven't had the chance to see the thrilling interactive films that David Cage has been serving for many years, it's possible that this is a great opportunity. French studio Quantic Dream officially announced the release dates of three titles (previously available only on PlayStation 3 and PlayStation 4): Heavy Rain, Beyond: Two Souls and Detroit: Become Human. All of the above productions will be available only on Epic Games Store, where they can be pre-ordered. What's more, the games are eligible for the Epic Mega Sale since they appeared in the store and can be purchased at an attractive price:

These are not all the novelties connected with the long-awaited debut of the productions on personal computers. Creators will also make it possible to get acquainted with each title through demos, which will be made available about a month before the premiere of the final versions. Such a strategy is to be of interest mainly to players who have not previously dealt with console editions. As Guillaume de Fondaumiere, co-founder of Quantic Dream, wrote:

"Bringing our last three interactive dramas to the PC platform will enable new audiences to experience what Quantic Dream games are all about. Through these demos, gamers will have the opportunity to look into the hard work and dedication we have put into the PC versions of our beloved titles. For those who have never played a Quantic Dream title, this will be a great opportunity to experience the unique nature of our games."

Players may hope that the developers have taken good care of the creation of computer ports. PC owners should expect better graphics (especially in the case of Heavy Rain, whose original version is already 9 years old). It's also interesting to see how the keyboard and mouse control works out, because we should remember that QTE sequences could irritate even the users of controllers. Anyway, the imminent PC release of David Cage's three games may be a cause for satisfaction for supporters of a slightly more cinematic approach to digital entertainment. By the way, we encourage you to familiarize yourself with the hardware requirements of these productions.