Worrying information about the new Red Dead Redemption 2 update has appeared on DualShockers. Referring to the Darealbandicoot screenshots on Twitter, the editors of the portal reported that with the recent 1.06 update Rockstar has reduced the quality of graphics in its latest production by dropping ambient occlusion. The patch notes mention no changes in this aspect, but many players agree that after installing the patch the game looks a bit worse.

Ambient occlusion is a shading technique that calculates the degree of exposure of a surface to diffuse light and gives the effect of deeper shadows and more natural lighting. The lack of it can be seen on the screensshots included in the Tweet seen above: colors in version 1.06 look much less realistic, and the whole scene looks as if it was additionally brightened. This may not be a drastic drop in quality, but other players have also noticed the changes. Some of them suggest that Rockstar deliberately removed ambient occlusion in Red Dead Redemption 2, so that the single player game wouldn't look better than the multiplayer module, Red Dead Online - in which ambient occlusion is absent. We'll have to wait some time to verify these reports, but if you don't want to risk installing a patch that might remove ambient occlusion effects in your game, consider blocking automatic updates. 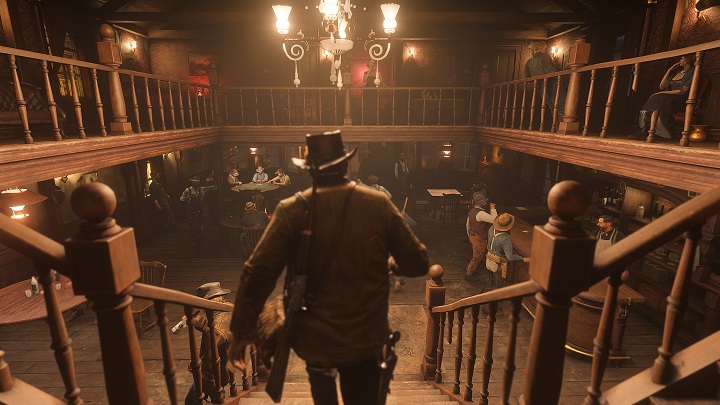 With or without downgrade, Red Dead Redemption 2 is still an outstanding game... but we would prefer developers not to lower the quality of its visuals.

The visual downgrade of Red Dead Redemption 2 would be unpleasant news, as Rockstar's production has a stunning graphic design, a big role in which is played by lighting effects refined to perfection. It remains to be hoped that if the players' reports work, the developers will reconsider and restore ambient occlusion with the next update.