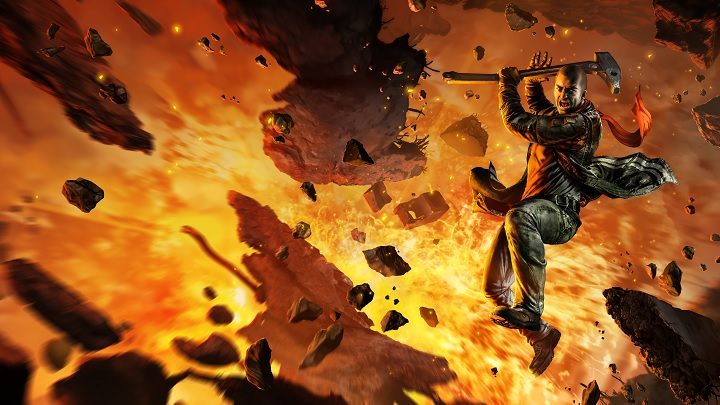 Nvidia has updated the list of games supporting Ansel technology - a tool for taking screenshots. In the American version of the list fans found Red Faction Evolution. The title has not been officially announced, so it's probably the new installment of the series.

We expect that the game will be presented during the E3. A few weeks ago, THQ Nordic, which owns the franchise, announced that it would show two unannounced games at the fair. There was not much concrete at the time. It was only found that both titles are new versions of popular IPs. Red Faction seems like a natural candidate.

If Red Faction Evolution is actually in development, then THQ Nordic's publishing strategy would be similar to that of Darksiders. In that case, the players were first reminded of the franchise by the release of remasters of the first two installments, after which the devs announced Darksiders III.

We expect that Red Faction Evolution is being developed by Volition, which was responsible for all previous installments of the series. The team was bought out in 2013 by Deep Silver, and the publisher was taken over by THQ Nordic last year.

If you are interested in learning more about this year's E3, please refer to our list of confirmed projects that will be presented during the fair.