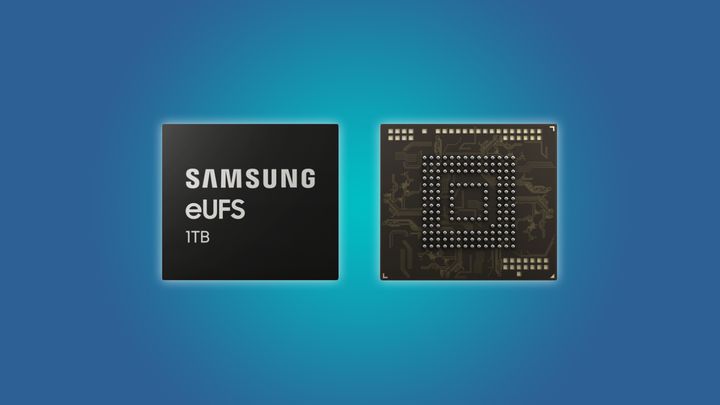 One of the key features of a smartphone for many phone users - especially in the lower price range - is the presence of a microSD memory card slot. Such a requirement is not surprising, because 16 or 32 GB of internal memory with the current size of mobile operating systems is enough to just install a few applications, record several minutes of video in HD resolution and snap a few photos  so increasing the space for data is always necessary.

Samsung, which for several years has been a leader in the production of capacious eUFS memory installed in smartphones, wants to change this situation. The first media of this type appeared four years ago and offered 128 GB of data space, to soon increase the space to 256 and 512 GB. Now we know that Samsung has started the mass production of 1TB eUFS modules.

There are many indications that the premiere of the first hardware equipped with this memory will take place during the Samsung Unpacked event, which will take place on 20 February. Rumors that have been appearing on the web for a long time suggest that the eUFS 1 TB module will be used by the most expensive variant of the Galaxy S10+ model. So its not going to be cheap, but after some time the prices of such high-tech models should noticeably decrease.

Fear the Wolves will leave early access next week