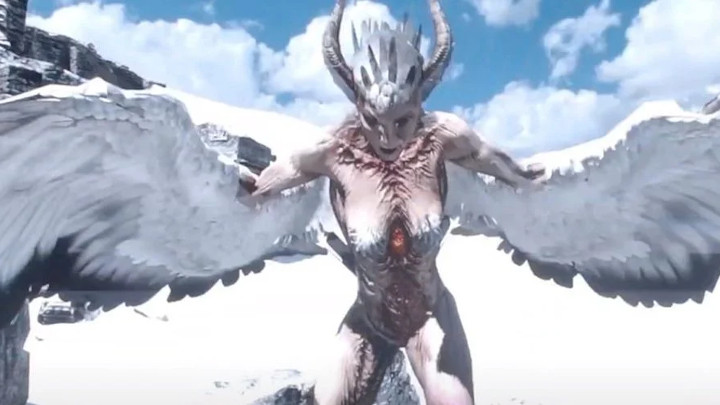 3D model of a harpy from Serious Sam 4.
IN A NUTSHELL:

Among the new materials from Serious Sam 4, made available by the Croatian studio Croteam, the Scythian witch harpy-themed model has attracted the greatest attention from the fans. In the third installment of the series (as opposed to the previous installments), the demons modeled on mythological creatures had uncovered breasts with clearly marked nipples. In the fourth installment, the harpy has its breasts covered once again, which was not liked by many fans. Daniel Lucic from Croteam commented on the issue of demon's "gazoongas" in Steam's forum. He stated that the new look of the winged opponents is a conscious decision of the designer and does not result from the desire to censor anything.

"I said it was a design choice that had nothing to do with showing or not showing boobs. I'm guessing the character artist felt this looks better. Even the concepts for the harpy didn't have fully exposed boobs.

There are way better places to look at gazoongas than a video game. Here we just shoot things."

Not all players believed the words of Croteam's representative. In more than 600 comments on the thread, Steam users accuse the devs of succumbing to moral pressure and hypocrisy (because they removed some nudity in a violent game, which would still get the "18+" rating). Some dissatisfied fans even called for a boycott of the title.

Serious Sam 4 will be released in August on PC and Google Stadia. The title is also due to appear next year on PlayStation 4 and Xbox One.