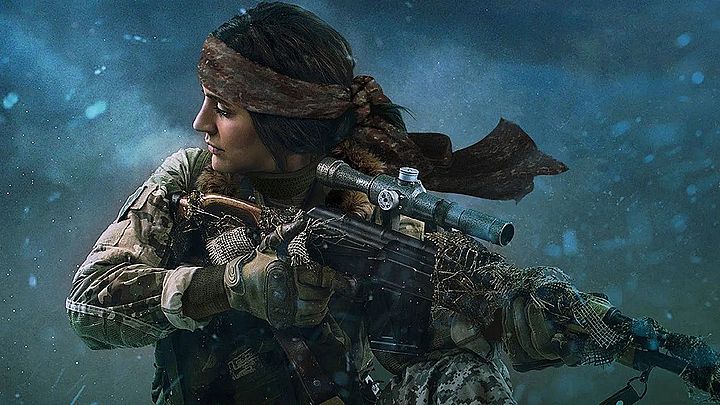 Reminds you of Quiet from MGSV.

The official release date of Sniper: Ghost Warrior Contracts was recently announced. The work of CI Games will be released on November 22, this year, and the title will be released on PC, Xbox One and PlayStation 4. A 20-minute gameplay has appear on the web. The video can be watched on Arekkz Gaming, although the description box states that it is sponsored by CI Games (read: it's legit). Gameplay shows one of the story missions and you can watch it below.

The mission played by YouTuber takes place in Kolchak Harbor, Siberia, where the character has to eliminate a target. As in the previous installment of the series, the character is not a Rambo type, who can jump right between the enemies and neutralize them effortlessly. Every move must be calculated to remain undetected and as cautious as possible. Of course, you can try to go through the next stages with a machine gun in your hand, but this approach does not fully reflect the spirit of the game.

As for the graphics, the series has already managed to get the players used to really good landscapes. It's the same here. Despite exploring linear locations (the game does not have an open world), there is something to keep an eye on. Sniper: Ghost Warrior Contracts will focus on completing the title contracts. For completing a task, the player is rewarded with a predetermined amount of money, but nothing stands in the way (except for the opponents of course) to complete additional goals. These will result in special bonuses. Of course, each contract can be completed several times, which allows you to earn additional funds and discover all the ways to complete the mission. Let's hope that the game really does offer a throng of options. We'll see about that in November.