A week has passed since the launch of SnowRunner, a full-fledged sequel of the popular 2014 off-road truck simulator. Although the title has received quite good feedback from both players and industry media, this does not mean that it is completely flawless. On the contrary, in the reviews on Metacritic we can read complains about the technical condition of the title. The game's devs at Saber Interactive are aware of these shortcomings and has already managed to release one hotfix on PC. And this is just the beginning. On the game's official forum there was a post, from which we can learn what are the plans for the title's development in the coming days. 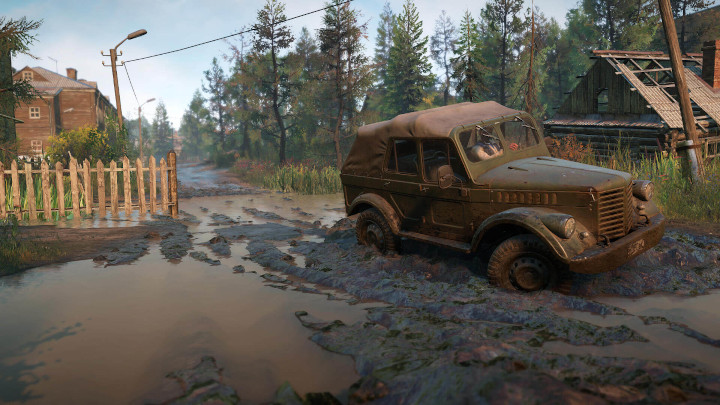 Several new features should appear in SnowRunner in the coming weeks.

As the developers have revealed, this week's priority is to release another patch for the PC version of SnowRunner, eliminating problems with co-op mode or load duplication, as well as a patch for the PlayStation 4 release, which will deal with the occasional crashes. The first major update for the game is also in preparation and is expected to go online in the next few weeks. The updates will introduce new truck paintjobs, 4K textures for the PlayStation 4 Pro and Xbox One X versions, as well as a fourth free map in Russian Taymyr region. Some of these elements were already mentioned during the presentation of the first phase of the game's season pass.

If you've encountered a bug in SnowRunner or have doubts about certain elements of the game, please visit this page. There you'll find a list of frequently asked questions and known bugs, as well as ways to resolve certain issues.

So, the nearest future looks quite good for lovers of virtual off-roading in powerful machines. They certainly keep their fingers crossed so that new content for SnowRunner will appear regularly as long as possible.