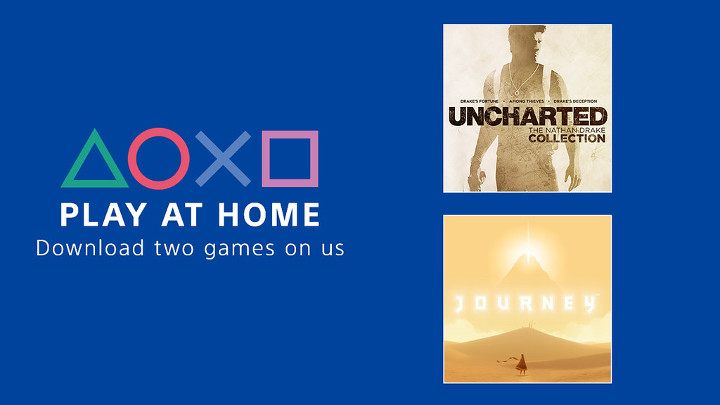 In the face of the raging pandemic Sony Interactive Entertainment has announced a new initiative called Play at Home. Fortunately, it's not about slowing down the download speed on PlayStation Store any further. The action is intended to help the players and developers in these difficult moments. As part of the initiative, all interested PlayStation 4 owners will be able to download the award-winning Journey and the Uncharted collection, containing the first three intallments of the popular action game series, in a refreshed and remastered version, for free.

The promotion will run for a dozen or so days, from April 15, 8pm PDT to May 5, 8pm PDT. After its conclusion, the titles added to our library will remain there permanently. Interestingly, due to legal restrictions, owners of PlayStation 4 in China and Germany will receive the platform game Knack 2 instead of the Uncharted collection.

The second part of the Play at Home initiative is a special fund for independent development studios working on PlayStation games. The fund's budget includes ten million dollars, which will go to the most needy developers. Details of the terms and conditions of participation in the programme are to be presented soon.