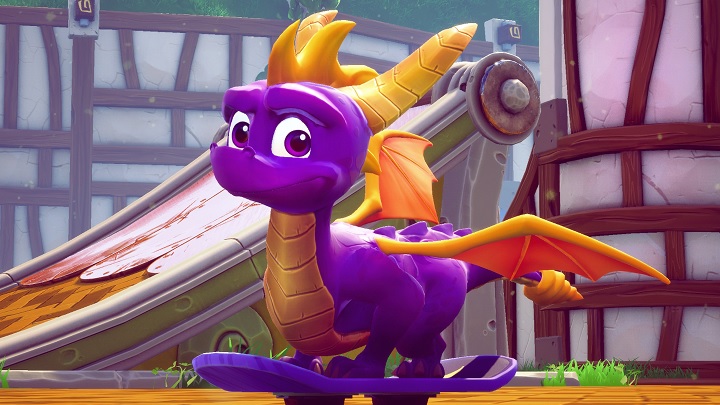 Spyro Reignited Trilogy, a compilation of refreshed versions of three 3D platformers of the Spyro series, released in November 2018, is available only to PlayStation 4 and Xbox One users. However, a Taiwanese rating board revealed that the set is also coming to PC in the future.

Although we don't yet know the PC release date of the compilation, we've learned that Iron Galaxy Studios will be developing it - the team has experience in such projects, bringing PC players Crash Bandicoot N. Sane Trilogy or Killer Instinct. As the quality of the aformentioned ports was top notch, we can expect that also this time PC users will have no problems due to porting. 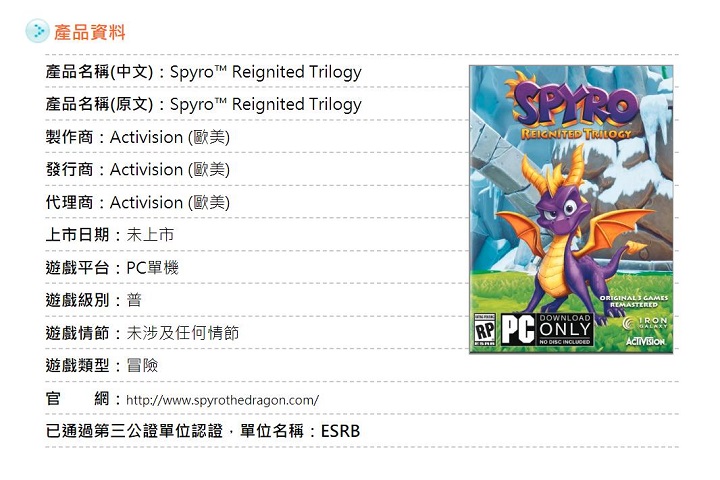 It seems that we are just a step away from the announcement of a PC version of the trilogy starring the famous purple dragon.

Spyro Reignited Trilogy includes refreshed versions of three games (Spyro the Dragon, Spyro 2: Ripto's Rage! and Spyro: Year of the Dragon) that originally launched on PlayStation. The remakes' most distinctive trait compared to the originals, is their graphic design, which was created from scratch. The compilation was liked by reviewers, who gave it high scores.

Let us remind that this is not the first time Activision wants to refresh iconic IPs from its portfolio. In 2017, players could return to their youth in the aforementioned Crash Bandicoot N. Sane Trilogy, while in June Crash Team Racing Nitro-Fueled will be available for sale (the last of the games is currently available only on consoles, but sooner or later it can be expected to appear on PC).

Cyberpunk 2077 Will Not Support Mods At Launch