The story of No Man's Sky's fall and uprising is one of the most inspiring examples of how even the biggest titles can be saved with a properly engaged development team. When the Hello Games team released the first version of this long-awaited title in 2016, the ambitious space sandbox announced by the developers ended as an average, tedious production, much less rich in content than the it has been announced earlier. Shortly after the game's release, many players started to abandon their spaceships, the developers practically stopped communicating with fans - just a sad, but by no means unprecedented example of a promising game, which broke down under the weight of great expectations. 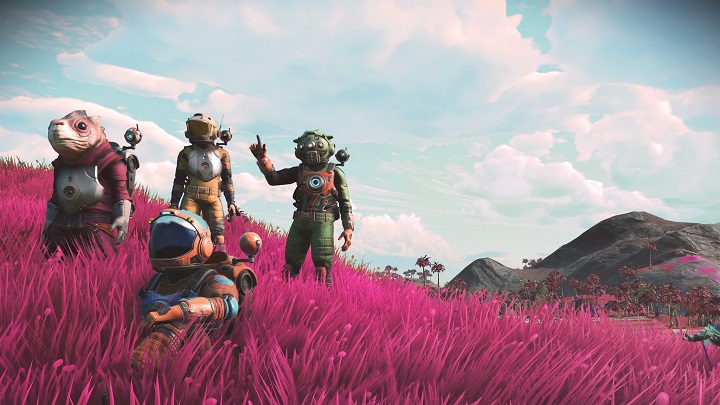 Long before the premiere, developers presented us with a vision of a total sandbox, and when it turned out that it was a complete dream, they found themselves in the fire of deserved criticism.

Over the next two years, however, the creators of No Man's Sky slowly improved their game, adding new elements and patches to it. The title began to regain the sympathy of some players and caught a second, deep breath. Finally, in July 2018, the NEXT update was released, introducing a wide set of improvements - from graphics improvements, through the ability to create your own fleet to the eagerly awaited multiplayer mode - and comeback mode, which seemed impossible, became a fact. The production again jumped into lists of the most popular titles on all the platforms it appeared on, and this time its ratings were almost exclusively positive. Hello Games saved a game that was impossible to save - and now they're collecting deserved thankfulness for it. 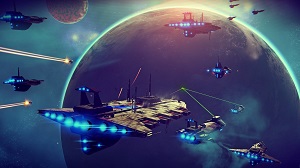 The NEXT update is just another step in adding new content to No Man's Sky - and not the last one. Developers from Hello Games announced Beyond this summer, another big patch that will introduce new features in multiplayer mode and interaction with other players, as well as providing support for PlayStation VR. In the coming weeks, we should have further details on the update, which, like NEXT, will be completely free.

The community gathered around No Man's Sky is so grateful to the developers for the effort they put into this project that they decided to express their appreciation in a physical form. On GoFundMe.com a few days ago there was a billboard collection with 'thank you' statement for Hello Games. The campaign has been launched recently, but has already exceeded the basic goal of $1,750. The billboard was set up (Sean Murray himself, the public face of the band, wrote about it on Twitter), but the collection is still ongoing - this time with the aim of donating as much money as possible to a foundation that helps sick children. In the description of the action we read:

Hello Games has put in a heroic effort to get NMS to where it is today. As a community on we'd like to express our thanks. The funds will be used to print and install a thank- you billboard in Guildford UK, within walking distance of the Hello Games LTD office. A portion of these funds will also be used to buy a case of beer and lunch for the team. All excess funds will be donated to the Sydney Children's Hospitals Foundation. 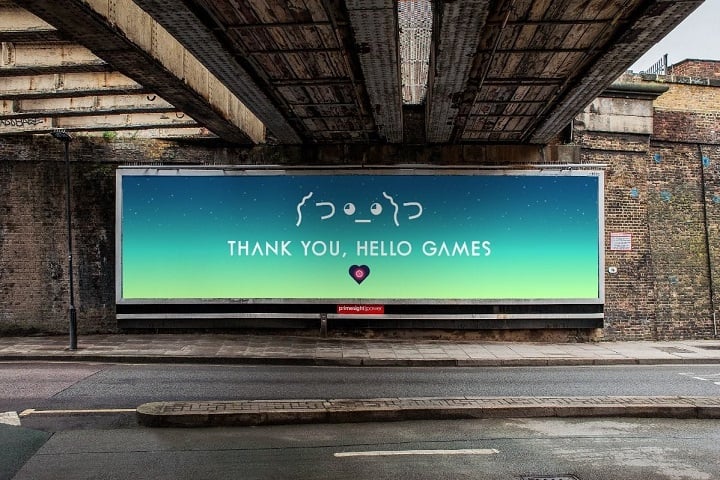 Such a billboard can be admired by Hello Games employees heading to their studio. It's small, but it's fun.

Such a fantastic gesture on the part of game lovers can undoubtedly become a driving force for developers from Hello Games in the further development of No Man's Sky. It is also a beautiful proof that the same players who sharply criticize the team for not keeping their promises can also show gratitude for their hard work. In the case of No Man's Sky studio and their community it looks like they're positively driving each other - and this in turn gives hope that the title will have a truly bright future.