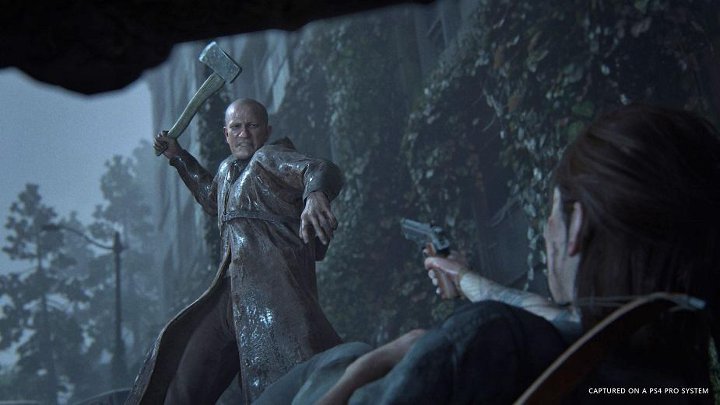 The Last of Us: Part II is one of the most anticipated PS4 games.

On September 26, Naughty Dog and all fans of The Last of Us will celebrate the so-called Outbreak Day, which is the day when the brain-infecting fungus pandemic has reached its critical point in the game's setting. Slightly earlier, on September 24, another important franchise-related event will take place - a new show of the upcoming sequel to the 2013 hit. It was announced on Twitter by Geoff Keighley, a well-known industry journalist and organizer of The Game Awards.

It has not been officially announced what will appear during the upcoming The Last of Us: Part II presentation. We would like to remind you, however, that last week participants of the GME 2019 event organized by GameStop had the opportunity to see a new, short gameplay fragment, presenting stealth and use of Clickers, i.e. people infected with the dangerous fungus. The person who described it on Twitter ensured that the wider public would see it soon. A media event such as this would be an excellent opportunity to do so. The web also speculates that during the upcoming event we will hear new details about the plot and the release date will be given (unofficially, it is said that it would be February, next year).

The Last of Us: Part II was first confirmed by Naughty Dog at the beginning of December 2016 after a series of rumors from more or less reliable sources. This will be one of the last major exclusive productions for PlayStation 4, as the successor to the popular Sony console, PlayStation 5, is already on the horizon. According to leaks, the platform is to be officially launched on February 12, and will be on store shelves at the end of next year. For now, we can admire the initial appearance of the device on renderings prepared by LetsGoDigital.