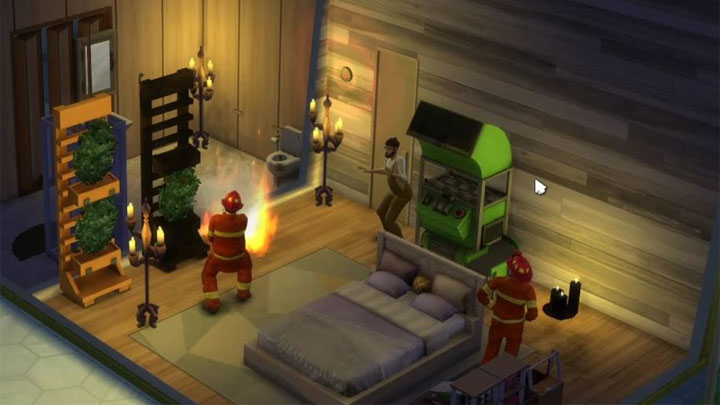 Two weeks ago, Maxis announced that the launch of The Sims 4: Eco Lifestyle will be preceded by an update that will introduce new content to the base game. At that time, however, it was only revealed that we will receive ladders for free. Now we learned when the patch will debut and what other attractions it will offer.

The update will be released on June 2. It will enrich The Sims 4 with firefighters, whom the players will be able to summon to help with fires. Moreover, bailiffs, introduced in last year's University add-on, will be added to the base game. In the expansion, they chased us only for the tuition fee arrears, and now also debts in fees will make them visit the Sims' house after a few days and take some items to pay the liabilities.

The fee options will also be expanded. The player will be able to see how much taxes, electricity and water charges and fines are, as well as how much they save through tax discounts.

The patch will also thoroughly rebuild the equipment interface. It will be possible to select multiple items at the same time, sort them according to different criteria and filter by category.

In addition, the update will finally provide full freedom to choose the location of doors and windows in homes. Previously, these objects could only be placed on a rigid grid in construction mode.

Last but not least, The Sims 4: Eco Lifestyle will be released on June 5 this year, three days after the release of the update. The expansion will debut simultaneously on PC, Xbox One and PlayStation 4.